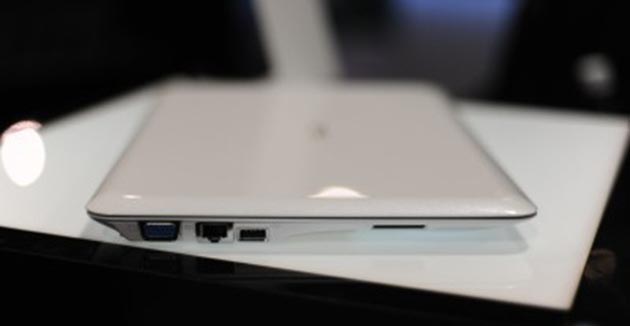 I got a pretty good look at the new MSI X320 when I was over in Las Vegas for CES last week. At the time, the rep told me that it was going to be positioned as a (larger) netbook, powered by the Intel Atom processor like nearly all the other netbooks on the market.

As it turns out the MSI X-Slim series won’t stop at the Atom-powered netbook end of the market. It’ll also extend into slim notebook territory with a Pentium chip as well. This more powerful (and more expensive) variant would better compete against a Macbook Air, for instance, as well as thin and light laptops from Sony, Asus, Acer, and so on.

The Atom-based MSI X-Slim series netbook would receive an asking price of under $1000, whereas the version that gets equipped with Pentium would get a price tag over $1000. The latter would offer more power for video, PC games, and other processes that require a little extra umph.

No release date for either version of the MSI X320 netbook/notebook has been announced, but all indications are pointing toward a targeted launch in April.