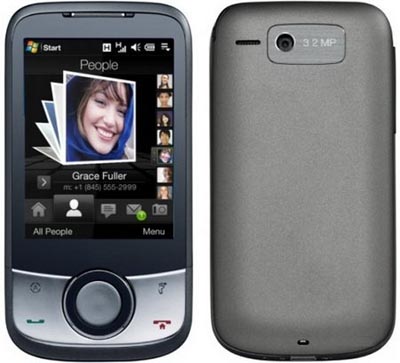 The good guys at HTC are doing it again with the release of yet another touchscreen Windows Mobile smartphone outfitted with TouchFLO 3D. If you’re not quite satisfied with the HTC Touch Diamond or the HTC Touch HD, you may want to check out the upcoming launch of the HTC lolite.

Personally, I find the name to be a little bit of a turnoff. In the past, HTC turned to mythological and classical figures like Hermes and Raphael in the codenaming of their handsets, but now we get something that sounds like a little giggle. (LOL-ite, get it?)

This is a leaked picture of the yet unannounced HTC lolite, giving us a reasonably good view of what to expect. It’ll lack a physical keyboard, opting instead to serve you through the large touchscreen display. The two softkeys near the bottom are a little confusing though.

The one on the left is a circle with an “A” in the middle, possibly pointing toward aGPS. The one on the right looks maybe like an ear, a banana, or an elephant trunk. I can’t tell. Maybe it activates the speakerphone.