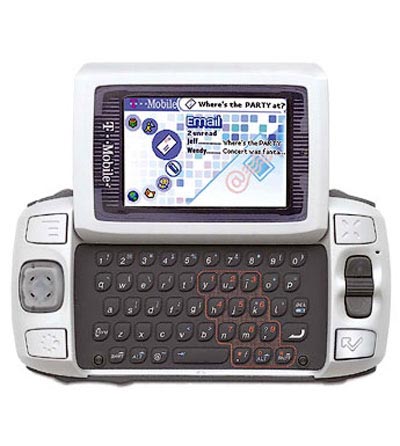 If you thought the Sidekick line of messaging phones from T-Mobile was dead, think again. The series hasn’t seen any serious updates for some time now, aside from a few minor tweaks, but this year could see the introduction of a couple of new Sidekick devices that will breathe new life into the brand name.

Almost no real information is being released at this time, but “reputable electronics broker PCD” is reporting that T-Mobile will indeed have no fewer than two new Sidekick devices added to its lineup some time this year. On the one hand, these new mobile messaging phones could simply be special editions of the existing Sidekick iD or Sidekick 3. On the other hand, they could be making a whole new Sidekick altogether.

With Microsoft’s recent acquisition of Danger, the makers of the Sidekick OS, there could be something new in the works that would effectively marry the Sidekick with Zune or Windows Mobile. In speaking with Microsoft at CES last week, I was told that “Microsoft doesn’t buy something for nothing,” so they are definitely working on something with Danger.

Could the new Sidekick be the new Zune Phone or are those two separate developments? Where will T-Mobile and Danger/Microsoft turn in terms of hardware? The Sidekicks have traditionally been manufactured by Sharp, but the Slide comes sourced from Motorola instead. In any event, I hope that the new Sidekick at least tacks on standard goods like 3G, Wi-Fi, and GPS. Every smartphone is doing those things these days.