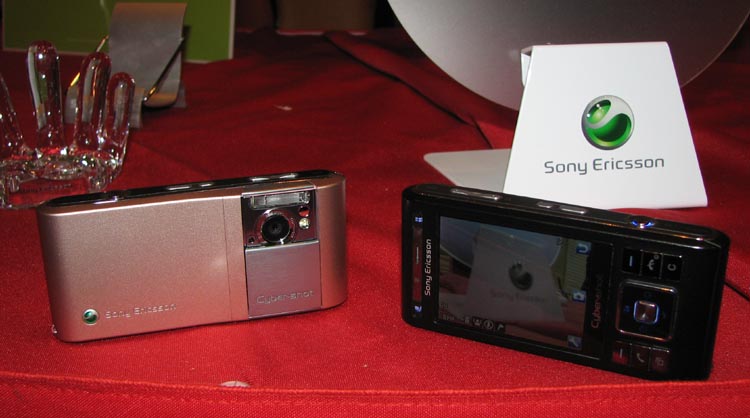 At the Consumer Electronics Show in Las Vegas, Sony Ericsson was busy showing off all of its latest cell phones. The Sony Ericsson C905 camera phone has been out for a couple of months in Europe and the response has generally been positive for this 8-megapixel shooter. But that doesn’t mean that SE is just going to sit idly by and wait for more compliments to come in.

In an effort to appeal to some more fashion conscious consumers, SE is now offering the C905 in Tender Rose. But wait, there’s more. Sony Ericsson has pushed out a firmware update that fixes many of the bugs that plagued for the first release. New features also come with the update, like the ability to use Smile Shutter. This way, the camera phone will automatically snap the pic when it detects someone being happy.

There is also a feature that provides Smart Contrast. You know when you try to take a picture of a scene that is both bright and dim at the same time? Say you’re on vacation and you have the bright sunshine in one part of the scene, but an intricate statue in another part of the scene? You either end up with a picture that is very washed out or a statue that has been shrouded in a shadow. The Smart Contrast feature tries to find the perfect middle ground.

Sony Ericsson said that the software update, which should be available around the middle of February, also comes with pre-installed Snapfish, a YouTube video application, and a few other new toys for you to enjoy. On a side note, Canadians can expect the C905 (along with Xperia X1) to launch around Q2 of this year.