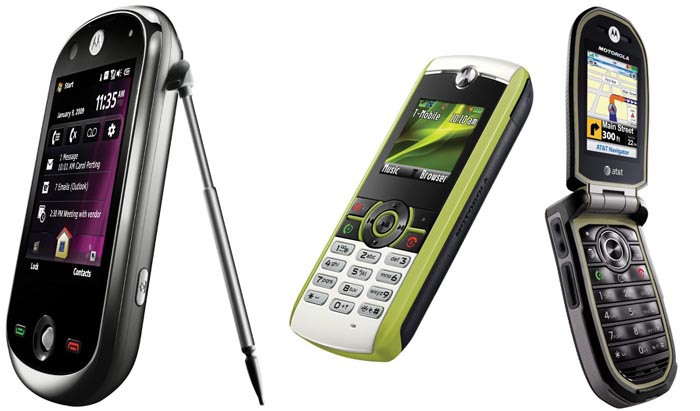 We first spotted the Motorola Atila way back in August of last year, but we really haven’t heard anything new regarding the touchscreen mobile since then. There have been a few random inklings, but nothing that pointed us any closer to a launch. The wait has finally paid off.

Motorola has unveiled three new cell phones, two of which are easily forgettable, but the third is the much anticipated arrival of the Atila, which has now received the official name of the Motorola SURF A3100.

If you’re thinking that the SURF A3100 looks reasonably familiar, that’s because it’s the latest incarnation of the MOTOMING series of smartphones. One of the major differences here is that it does not have that characteristic clear flap over the top. Instead, it takes on the now standard full-face touchscreen exposed to the elements.

Noted features include tri-band 3G, 3 megapixel camera, stereo Bluetooth, Wi-Fi, and aGPS, though it is only being planned for the Asian market.

The other two phones pictured here are the Motorola Renew W233 for T-Mobile and the Motorola Tundra VA76r for AT&T.