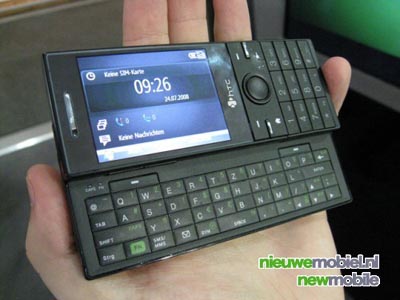 Do you like the pocket-friendly dimensions of the HTC Touch Diamond, but prefer the availability of both a numeric and QWERTY keyboard? You’re in luck, because HTC is bringing a juicy little number to the United States in the form of the HTC S743.

The reason why this particular Windows Mobile smartphone looks so darn familiar is that it is functionally identical to the HTC S740 that has already been booting around the rest of the world for a few months now.

As you may recall, the S740 (and now the S743) looks like a regular candybar phone when in its closed position, featuring a portrait-oriented display and a numeric keypad, but a quick slide to the side reveals a full QWERTY keyboard. The display automatically orients itself to landscape when you do that, just like all other sliding HTC phones.

No word yet on a launch date, so keep your ears to the ground for more as it develops.