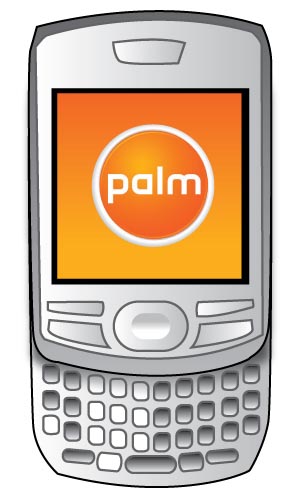 Aside from mobile phone enthusiasts who follow the industry religiously, the mass populace isn’t all that aware that Palm is still around selling smartphones. The Palm Centro has managed to break a little bit of ground, but the Treo line is largely flying under the radar these days. Maybe they’re waiting around for the new operating system, right?

A “trusted source” is now saying that Palm will reveal a new smartphone later this week, likely at CES in Las Vegas, that comes equipped with a large touchscreen display and a slide-down QWERTY keyboard. Yes, that’s slide-down, taking on a form factor that is somewhat reminiscent of the Samsung Propel and the Motorola Alexander.

The portrait-oriented touchscreen will act as the primary point of interface, much like other touchscreen phones like the iPhone, Instinct, and Omnia. The slide-down QWERTY keyboard helps to keep the footprint a little smaller while still offering full email-composing and document-editing functionality.

Further still, this new Palm smartphone (still unnamed) is said to run on the new Nova operating system. The OS is described as “amazing” and there will be a “full software bazaar on launch”, likely acting in tandem with the recently launched Palm App Store.

Standard features will include media playback, calendar, email, contact management, and other regular smartphone fare. The unnamed Palm smartphone will likely be manufactured by HTC and will be “iPhone-like” in its appeal.