When it comes to the portable media player market, the majority of people talk about the latest iPods and then you’ve got your handful of people who make mention of a new Walkman or Zune. Creative makes some nice products, but they don’t really garner the same kind of enthusiasm or energy.

Creative let loose with a teaser a short while back for something called Zii. This is supposed to “change everything” and provide something called “stemcell computing.” Zii has the prospect of being quite exciting for Creative, but based on these reportedly leaked screenshots, it could just be more of the same.

The rumor mill is saying that what you see here is the user interface on the new Creative ZEN Zii. I don’t know about you, but this doesn’t look all that revolutionary to me. Yes, it’s reasonably attractive and it’ll probably come with decent eye candy for animations, but isn’t this more of what we’ve already seen? You just sift through a list for music, video, podcasts, and so on.

Where a little bit of excitement may be found, however, is in the prospects of this Creative ZEN Zii not being a standard MP3 player at all. Who said that the ZEN had to be a MP3 player? You’ll notice that the UI is on a widescreen aspect. In this way, there is a possibility, however slim, of the ZEN Zii being a UMPC, netbook, MID, or any number of other devices. Maybe the ZEN Zii has a touchscreen.

For now, this is all we know. Hopefully Creative will have more on the Zii at CES later this week. 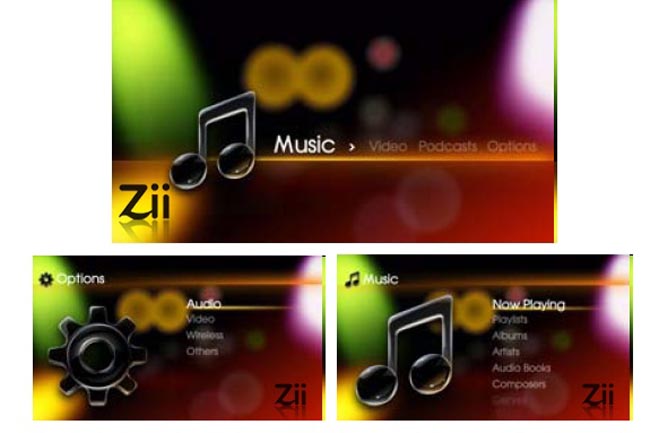