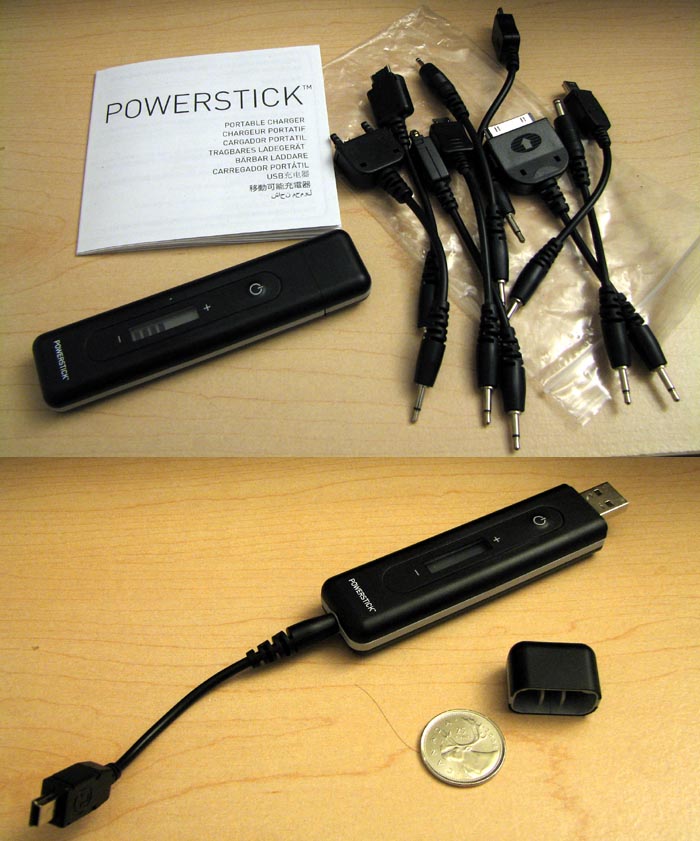 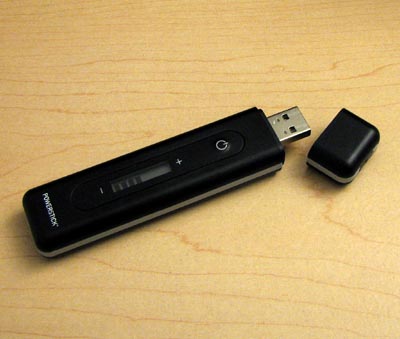 We carry around a lot of portable electronic devices these days. From the iPod to the iPhone, the BlackBerry to the Garmin GPS personal navigation handheld, these all rely on rechargeable batteries to keep them up and running for our utility. The trouble is that you are not always in the vicinity of a power outlet nor do you always have the time to stand idly by as your devices top up their batteries.

The first generation Powerstick by Ecosol aimed to address this very issue, but it wasn’t exactly the prettiest thing in the world. Now that we see the Ecosol Powerstick V2, those issues with aesthetics have been largely corrected. The Powerstick by Ecosol is a remarkably simple but infinitely useful portable power solution, particularly for mobile professionals who don’t exactly have time on their side.

If you are looking for something that is remarkably different from the first generation Powerstick from Ecosol, you will need to look elsewhere. By and large, the second-generation offering maintains much of the same features and specifications as its predecessor. This is mostly a good thing.

The new Ecosol Powerstick V2 appears to be slightly more compact than the first one and I appreciate the new all-black design for a little bit more of a professional appearance. The Powerstick charges its internal battery via any available USB port, so when you are working on your laptop next to an available power outlet, this is a good time to charge up the Powerstick as well.

The Ecosol Powerstick V2 is slightly larger than most USB flash drives, measuring about the same as something like the Corsair Padlock flash drive. This makes it easy to fit into any backpack, attache case, or whatever small travel bag you choose to use.

You shouldn’t expect a world of juice out of this thing, however, as it only stores a maximum of 750 mAh. To put this figure into perspective, my Windows Mobile smartphone has a battery that is 1250 mAh. In this way, the Powerstick does not have enough power to completely recharge my phone.

While not fully universal with every portable device under the sun, the Powerstick by Ecosol does come with no fewer than nine connector tips. These short cables, measuring a few inches each, plug into the Powerstick on one end and into your chosen portable electronic device on the other end.

These connectors are designed to work with a range of products, including those made by Apple, Sony Ericsson, Samsung, Nokia, and Palm. In this way, you can use the Powerstick to charge your iPod, iPhone, BlackBerry, cell phone, Bluetooth headset, and more. The most useful tip would probably be the mini-USB, as this is used by a lot of things, like HTC smartphones and many GPS devices.

You can check the compatibility chart to see if the Powerstick will work with your phone, headset, handheld, or gaming machine. Unfortunately, there is no tip in there for the Nintendo DS or the Sony PSP. I guess Ecosol isn’t in it for the gamers.

The Powerstick by Ecosol is marketed as a green power solution, because it allows you to take advantage of a pre-existing power source (any USB port) to charge a range of portable devices. There are no disposable batteries or anything like that. It’s not quite as “green” as something like the Solio Hybrid Solar Charger, but it’s also more affordable and more pocket-friendly.

In terms of usability, the Ecosol Powerstick V2 is very dummy-safe. You charge it via any USB port and then you relay that power to your chosen device using a compatible tip connector. The integrated battery meter makes it easy to know how much more power is left in the Powerstick V2, and it’s good how this meter isn’t always on. It is only displayed when you hit the power button, which is also how you start the charging process.

Retailing for about $60 to $70, the Ecosol Powerstick V2 isn’t exactly the cheapest thing in the world, but it is less expensive than some of the other portable charging solutions on the market. When you know that you won’t have access to an available power outlet for an extended period of time, knowing that you have some backup power available is an absolute blessing.

The redesign for the second-generation Powerstick is a move in the right direction, but I would have liked to see the inclusion of a larger battery. The 750mAh internal battery is fine for emergency situations, but with so many power-hungry devices on the market, you really need a little more than that.