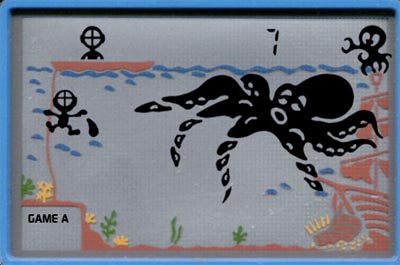 When Apple said that the iPod touch was the funnest iPod ever, we assumed that they would come up with some of their own games (and rely on the developer community) to outwit and outdo the competitors at Sony and Nintendo. What we didn’t expect was that it’d be fun by ripping off some retro-themed classics.

We have a burning suspicion that this violates all sorts of trademarks and user agreements, but if you go over to the App Store, you’ll find Mr. Game & Watch available for the iPhone and iPod touch. Yes, remember those single portable games from Nintendo even before Mario became famous?

The “developers” at Mobile 1Up have ported over four classic Game and Watch titles over to the iPhone, uploading them to the App Store for $1.99 each. The four games are GW Parachute, GW Chef, GW Fire, and GW Octopus, the last of which can be seen here.

If you want to get in on some Game & Watch action on your iPhone, I suggest you do it soon, because Nintendo will probably act quite quickly to protect its intellectual rights. Then again, you could always take the jailbroken route and get an NES emulator for your retro fix, but that falls into a legal gray area too.