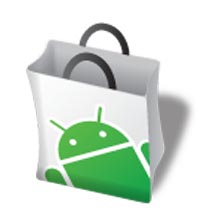 When Apple launched the App Store for the iPod touch and iPhone, both free and paid apps were made immediately available to the excited consumer. This was not the strategy in place for the Android Market when the T-Mobile G1 Android phone hit store shelves. Instead, we only saw the free apps, so there wasn’t as much of a motivation from the development community to create fun stuff for us to download (and buy).

That’s finally about to change and this is good news for both developers and consumers. Android Market will finally include paid applications starting some time in the first quarter of 2009. An exact date has not yet been announced, but with the arrival of paid apps, we will surely see a greater number of applications being offered through Android Market.

The availability of paid apps will not happen simultaneously around the world. Instead, the initial launch for Android Market paid apps will start in the Untied States and the United Kingdom, followed shortly afterward by Germany, Austria, Netherlands, France, Italy, and Spain.

I can’t say for sure, but I don’t think there is anything stopping someone from Japan developing a paid Android app for the American Android Market, for example. We’ll have to sit tight to find out more about that, but we are told that developers will be able to make their apps country-specific.