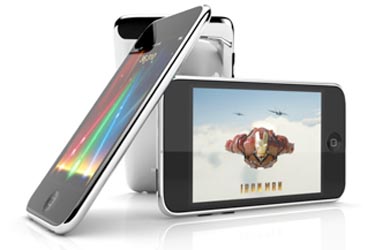 Rumors of an Apple Tablet PC have been swirling around for what seems like an eternity, but we could be getting a lot closer to the official launch of a Mac Tablet. In fact, “three independent sources close to Apple” are saying that we should expect a large screen iPod touch device to hit store shelves in Fall 2009.

In this way, it seems that the first Mac Tablet will not be running on a full build of Mac OS X. Instead, it’ll get the same (or similar) user interface as that found on the iPod touch and iPhone, except modified to suit the larger touchscreen display.

How big will this thing be? From what we hear, it will still lack any sort of traditional keyboard, but the display will be in the seven- to nine-inch range, slotting in perfectly to compete against the UMPCs and netbooks of the world. I’ve said before that an Apple UMPC would do well in the marketplace and now it seems like these aspirations are coming to fruition.

What kicks this rumor back into the forefront is the fact that some prototypes have been seen and handled by “a source” and Apple is currently in talks with some OEMs in Asia regarding mass production of a Mac Tablet (or “large iPod touch” if you prefer).

Given the current pricing of the iPod touch and the relative pricing of comparable netbooks, I’d expect this “larger iPod touch” to be priced accordingly. Apple is known for selling premium devices. I’m thinking that a Mac Tablet with plenty of storage and some other doo-dahs to make it “better” than the smaller iPod touch would reach into the $700 range. This way, it’s still cheaper than a MacBook, but it’s more than an iPod touch.