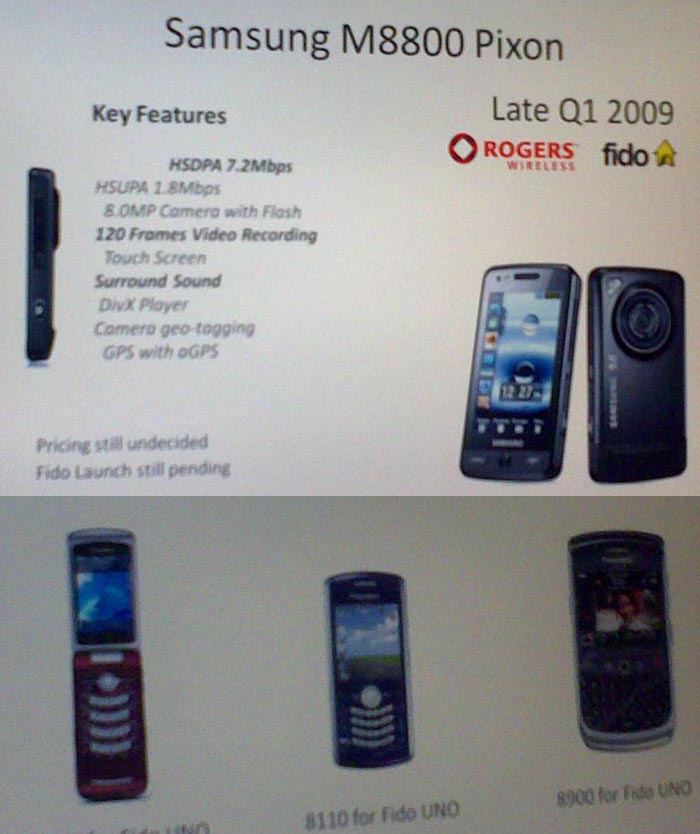 It looks like Santa Claus paid a visit to all the Rogers and Fido subscribers of Canada last night, because some rogue employee decided to leak out the company’s insider roadmap. This isn’t just some random blurb of text either, because having attended the official company meeting, this employee decided to snap pictures of nearly every PowerPoint slide.

Among the highlights are the following:

This all sounds pretty exciting to me, especially with the bigger push toward better camera phones and more consumer-friendly smartphones.