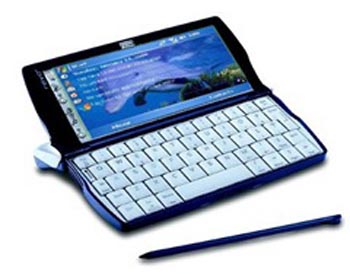 When Asus first unveiled the Eee PC many moons ago, we thought we were pretty creative in calling it a subnotebook. Somewhere along the line, the term “netbook” fell into favor and that appears to be the preferred term for these little Internet-happy laptops. Unfortunately, all of these manufacturers could be facing a massive lawsuit.

Psion Technologix produced a product called the Netbook during the earlier part of this decade, predating any of the MSI Winds and Eee PCs of the world. Trademarking the “Netbook” name way back then, Psion now has every right to around issuing all sorts of legal action.

The product shown here is the Psion Revo and not the old Psion Netbook or Netbook Pro, but it does show that this company is very legitimate and not just a name-squatter. Further still, the very utterance of the “netbook” term could draw some attention from Psion.

Psion isn’t really into the consumer electronics market anymore, having shifted its attention to the industrial electronics market, so it’s unlikely that anyone would confuse the two. That said, given the current recession, you can’t really blame Psion for looking for some extra cash.