My, that was fast. It was only yesterday that we caught word of XSKN making cases for the iPhone Nano, re-opening a can of worms that hasn’t been fully explored for a little while. Now, images have been leaked that show the XSKN iPhone Nano case in its clear and unobstructed glory, giving us a greater indication as to what to expect from an iPhone nano.

We were left wondering exactly what direction Apple and Steve Jobs would take with the possibly upcoming release of the iPhone nano. It was possible that we’d see a slider phone similar to the HTC Touch Pro or HTC Touch Dual. It was possible that we’d see a flip phone like the BlackBerry Pearl Flip. Based on the case displayed by XSKN, it seems that the iPhone nano will simply be a smaller version of the existing iPhone.

The operating system and overall layout appear to be nearly identical to the existing iPhone 3G, rocking a rounded plastic back, a camera in the same position, and a similar touchscreen display. It appears to be a couple sizes smaller, as expected.

The display, for instance, is only big enough to display three rows of icons rather than four icons. Based on how the fourth-gen iPod nano cases from XSKN looked like prior to the music player’s official announcement, I’d say that these “leaked” cases for the iPhone nano hold some weight. 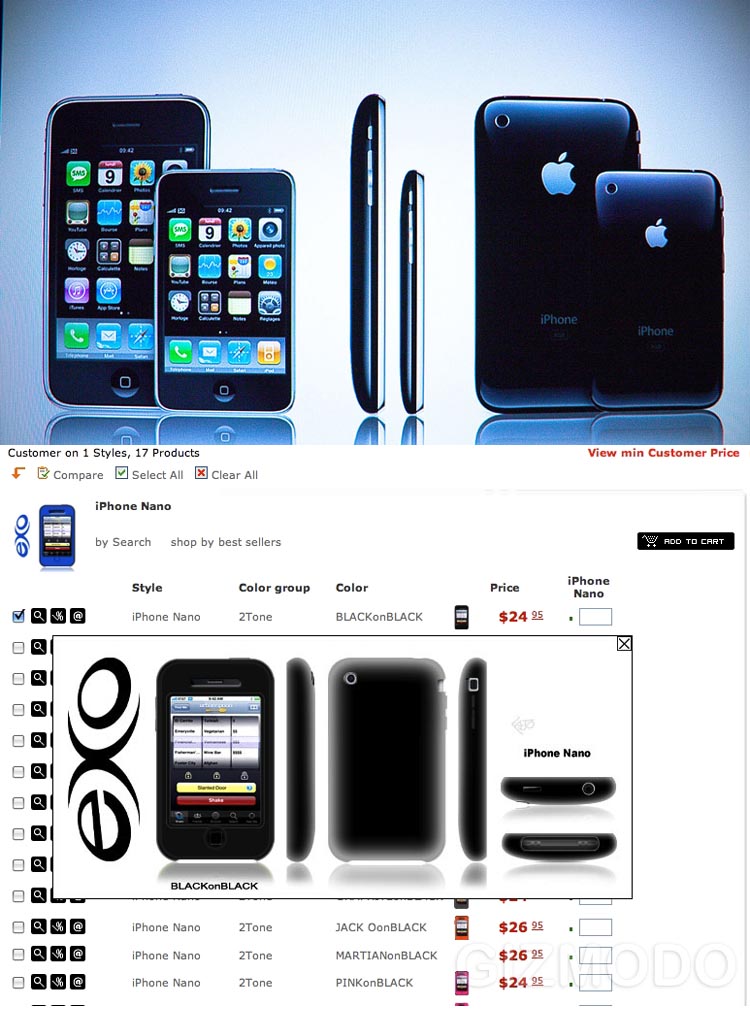