Steve Jobs and the rest of the team at Apple have been telling us for some time that the iPhone (and the iPod touch) are perfectly viable portable gaming machines, easily competing against the likes of the Nintendo DS Lite and Sony PSP. The trouble for traditional gamers is that they may not like being restricted to just touchscreen controls.

We caught a glimpse of the iControlPad some time back, but now it seems that this gaming accessory for the iPhone is very much for real and it’s coming really soon. As you may recall, this case slaps onto the iPhone, adding conventional controls on either side of the landscape-oriented display. In this way, you get an experience that would be similar to something like the old Sega Game Gear… except cooler. Much cooler.

We’ve seen our fair share of NES and SNES emulators on the iPhone, but now that we have the possibility of some real controls, the experience could be greatly improved. From what we hear, the final version will look pretty much like the image below, except the iControlPad will be black to match the rest of the iPhone’s front face. Now we just have to wait to find out when it’ll be released. 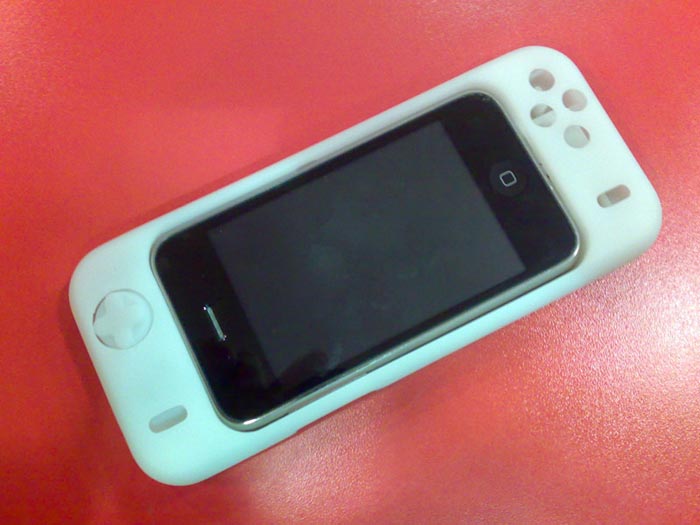