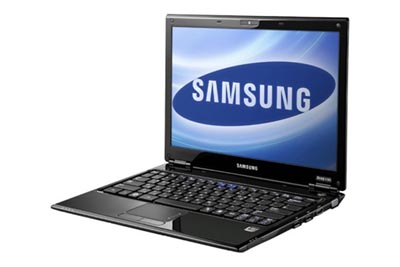 The leaked Samsung NC20 netbook bucks the trend when it comes to netbooks on several fronts. Whereas everyone else is going with Intel Atom, the NC20 gets its processing power from a VIA processor instead. Remember that VIA was the one powering the HP Mini-Note 2133 too.

We’ll keep this one chalked up in the rumor column for now, but everything else about the NC20 sounds well within the realm of possibility. For instance, there seems to be a push toward larger netbooks and Samsung is keeping with that by outfitting the NC20 with a 12.1-inch screen. It’s not the first 12.1-inch netbook, but I think that infringes a little too much on regular laptops, no?

It should also be noted that while Samsung is going with VIA for the processor on the NC20, it’s not the same one that outfitted some netbooks last year. Instead, it’s a new “nano CPU” in the same way that Atom is a nano-sized compatriot to the regular Intel line of mobile processors.

Rounding out the spec sheet are a 160GB hard drive, 1GB of RAM, 1.3 megapixel webcam, and probably Windows as the operating system. Pricing will likely be in the $650 range.