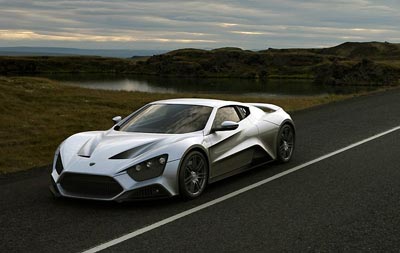 Lamborghini Murcielago? Ferrari Enzo? These have almost become household names, but if you really want some “what the heck was that?” kind of attention, you will want to look at something simply incredible like the Zenvo ST1.

Never heard of it? Me neither, but that’s almost a big factor in its overall appeal. Super exotic vehicles like the Zenvo ST1 catch my attention, because I become intrigued in what they can offer and how they can outperform their better known counterparts. The Bugatti Veyron started out like this, but most people know about that monster now too.

Turning back to the Zenvo ST1, you’ll find a 7.0L V8 engine that has been twin-charged to generate an incredible 1104 horsepower. To put that in perspective, that’s like pumping the power of ten Toyota Yarises into one super sexy car. The rear-wheel-drive monster can reach 62mph in just 3.2 seconds, rifling through the six-speed manual gearbox.

If you’re just as intrigued as I am but you actually have the money to spend on something spectacular like the Zenvo ST1, you’ll want to act quickly. They’re only producing 12 units worldwide.