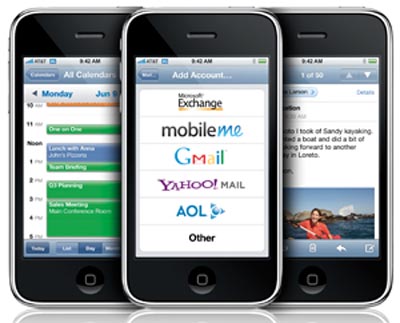 Alright, so I’ve got some good news and I’ve got some bad news. The good news is that a leaked internal Wal-Mart memo has essentially confirmed that the insanely large megastores will indeed by stocking the Apple iPhone 3G and they will be selling it at a reduced price. That’s the bright side.

The bad news, and it’s quite a doozy, is that the “cheaper” iPhone to be sold by Wal-Mart is not the mythical $99 4GB iPhone 3G that we have been hearing about for the past little while. If you were hoping to nab an iPhone for less than a Benjamin, you’re pretty much out of luck.

Instead, the Wal-Mart iPhone offerings will the be standard 8GB and 16GB models that you can find just about anywhere else that sells the Jesus Phone. They will be sold at a reduced price, but it’s not the crazy Wal-Mart price slashing that we normally enjoy. Instead, the 8GB version will go for $197 and the 16GB for $297.

Hurray for two bucks off? In effect, what could have been a pretty huge story and a big promotional opportunity for Wal-Mart has become nearly non-news. At least Wal-Mart won’t be selling a super crippled iPhone like the Amy Poehler-described version in the video below.