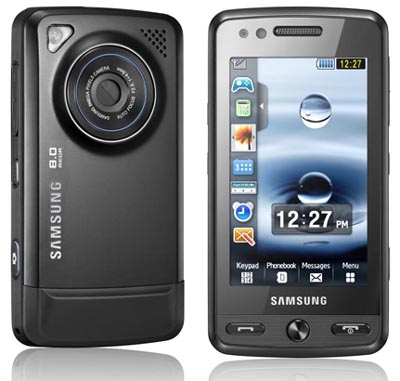 Some people know this phone as the Samsung Leica or the Samsung Memoir. Well, this rose by any other name is just as sweet, because the Samsung T929 has gained the FCC’s approval, getting it that much closer to a launch with T-Mobile in the United States.

Why would you be interested in this particular handset? It happens to have a lot of things going for it that will certainly captivate your attention. As you can see through the image provided, this phone is rocking Samsung’s TouchWiz user interface, so you can slide around widgets for the a customized desktop. Big deal, right?

Well, the Samsung T929 (which you may have seen previously as the T919) also has a huge touchscreen display and an 8-megapixel camera. With eight megapixels under th hood, supported by a large touchscreen and Leica optics (?), you may be able to ditch your point-and-shoot for good. It’s also got the 1700MHz radio in there for some high-speed T-Mobile 3Gness. Round it up with GPS and Bluetooth and you’ve got a pretty complete package.

The FCC hurdle has been overcome, but we have yet to hear anything official regarding a release date or pricing plan from T-Mobile, so we’ll keep our ears peeled for that.