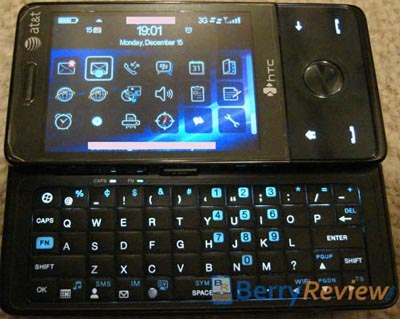 No, your eyes are not deceiving you. That is indeed an HTC Touch Pro (AT&T Fuze to be specific) running the latest BlackBerry OS and the kicker is that this could be an official release from Research in Motion.

Taking a quick trip down memory lane, you may remember in 2007 when word broke out about a software solution from Research in Motion that would emulated the BlackBerry operating system and offer full access to BlackBerry apps for Windows Mobile smartphones.

This would work, presumably, the same way something like Parallels or VMWare works on a Mac for people who want to run Windows software, except it would be BlackBerry on a Windows Mobile smartphone. After falling into obscurity, this story has once again risen to the surface, as you can quite plainly see through the picture provided.

We’re probably looking at a pretty early build and it’s still very much in a secret beta stage, but this really does open up all sorts of interesting possibilities, especially for companies that don’t want to give up on the BlackBerry infrastructure and for employees who want to explore handsets beyond what is sold by RIM.