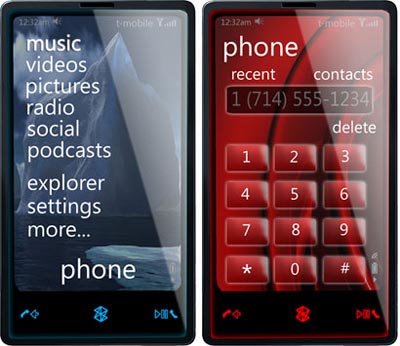 Microsoft is already well-ensconced in the world of mobile phones, because of its involvement with Windows Mobile. We were looking forward to CES 2009, because we thought that would be where Microsoft would unveil the first official ZunePhone. Unfortunately, those rumors have been totally crushed by the people in Redmond, Washington.

As you may recall, the so-called ZunePhone (also known as Microsoft “Pink”) would likely combine the Zune multimedia aspects with some variant of the Danger OS that underlay the SideKick line from T-Mobile. This is because Microsoft bought Danger not that long ago. The timing would be right. With the iPhone rising in popularity, a ZunePhone might prove to be a viable option. After all, the current Zune is starting to pick up a little bit of Zune.

Well, the rumors have been crushed and we won’t be seeing the official launch of an official Microsoft ZunePhone at the Consumer Electronics Show in Las Vegas. However, that’s not to say that Microsoft will be completely mum on the “Pink” project. There’s a distinct possibility that they’ll have something to reveal at the keynote; it just won’t be the “ZunePhone” per se.

Instead, it may be more likely that we’ll see the Zune software gain some integration into Windows Mobile, possibly to be seen in the upcoming Windows Mobile 7. At this point, we’re left with speculation and hearsay, so we’ll just have to wait until next month in Vegas to see what Microsoft has in store for us in ZunePhone land.