I’ve come to rely on my notebook as my primary computer, largely because I am able to bring it with me just about anywhere. Notebook batteries are a fair bit better today than they have been in the past, but they still don’t last nearly as long as most people would hope. Well, thanks to the crew at Boston Power, next year’s batch of HP laptops will be rocking batteries that last three times as long.

The new Boston Power battery cells, dubbed “Enviro” by HP, will provide users with three times the battery life that they are currently experiencing. While most notebook batteries degrade over time, not being able to hold the same charge as they get a little older, these Boston Power “Enviro” cells will last a full 1,000 cycles without degrading. That should be long enough before it’d be time for a laptop upgrade anyhow.

Further still, you won’t have to tether yourself to a wall outlet for nearly as long. More specifically, these “Enviro” batteries will get to 80% capacity after just 30 minutes of charging. This is utterly fantastic for frequent flyers, because when you find yourself stuck at the airport, you want to charge your laptop as quickly as possible.

Yes, it would have been nice to have batteries that can provide you with more than a full day’s charge on the go, but being to top up the cells so quickly is almost as good. Find an available outlet, sip on your bottle of water for half an hour, and you’ll be good for a few more hours on that HP laptop. The extra special Boston Power batteries come at a $20-$30 premium, but that’s a small price to pay for that kind of convenience. 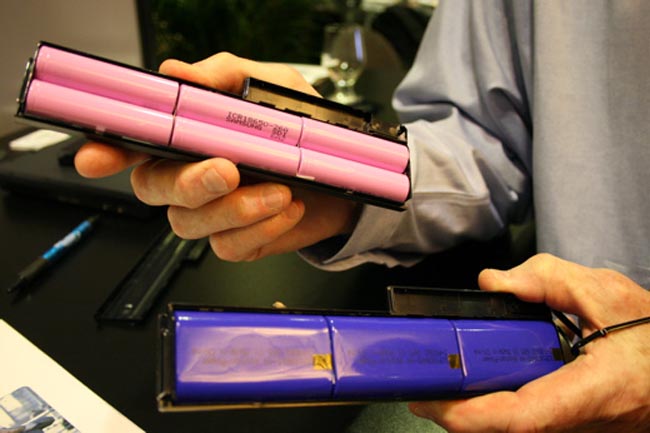