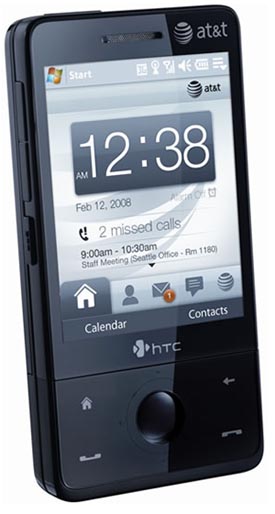 It’s becoming increasingly obvious that people aren’t nearly as satisfied with conventional mobile phones anymore and that’s why so many people are jumping into the smartphone arena. They enjoy the extra functionality of devices like the HTC Touch Pro, BlackBerry Storm, and Apple iPhone. The trouble, however, is that with this many operating systems, there could be a fair bit of confusion among the masses.

This might be some wishful thinking, but it seems that AT&T is “strongly considering a single operating system for all smartphones.” This means that if you were to buy a smartphone from AT&T, it will definitely have a certain OS. The question that arises, of course, is which operating system will they choose?

If AT&T sticks with Research in Motion and uses BlackBerry for everything, the corporate types may be happy, but what about the multimedia-minded consumer? If AT&T chooses the iPhone’s operating system, they’re going to be pretty limited in smartphone handset selection. What about Windows Mobile? The next Palm OS?

Interestingly, Director of Next Generation Services Roger Smith said that Symbian would be a “very credible and likely candidate,” largely because it is already the world’s most popular operating system and it could provide the widest range of devices. Then again, given “skins” like Samsung’s TouchWiz and HTC’s TouchFLO 3D, Windows Mobile could be pretty versatile too.

Yes, there are certainly advantages to having a single OS — development would be streamlined, as would customer support — but there are far too many disadvantages to be ignored. Unless the industry as a whole gets together on this movement, AT&T would be shooting itself in the foot by shunning all other operating systems. Choosing Symbian means no more BlackBerry, no more HTC Fuze, and no more iPhone.