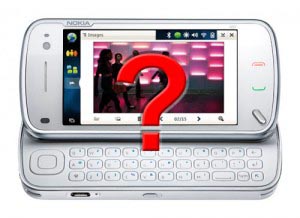 We all know that Nokia has gotten pretty comfortable with the Symbian operating system, but isn’t it about time that the company looks to expand its horizons? While there are certainly hopes of a Nokia-branded Google Android phone at some point in the future, it seems that Nokia is more inclined to take a different direction if it were to produce an open-source smartphone.

More specifically, Nokia’s Markets Unit Vice President Ukko Lappalainen had a brief chat with Reuters at the recent Nokia World Conference, stating that Nokia is indeed looking at other options in the future. Instead of turning to Windows Mobile or Google Android, however, Lappalainen said the that “Linux will become a serious alternative for our high-end phones.”

When asked why Nokia wouldn’t jump onto the Google Android bandwagon instead, the Nokia rep said that he “didn’t see anything in Android which would make it better than Linux Maemo.” Those are some pretty bold words, considering all the excitement surrounding the Android and, well, the lack of excitement surrounding Linux Maemo. Maybe all the mobile penguin needs is a jumpstart from the world’s largest cell phone manufacturer?

The transition from Symbian to Linux Maemo would be relatively easy for Nokia too, because the latter operating system is already what underlies Nokia’s line of Internet Tablets. They simply have to shrink it down to the smaller proportions of a smartphone. If the Nokia N97 wowed us with a sliding touchscreen and QWERTY keyboard, what will a Maemo-powered N98 bring us?