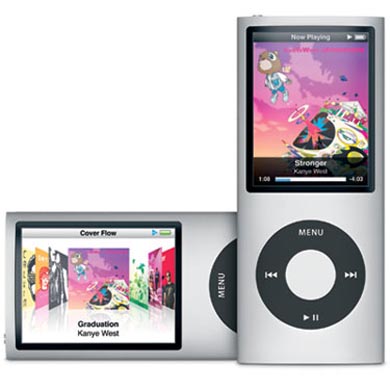 The holiday shopping season is upon us and people are flocking to the malls in droves. They rush Toys ‘R’ Us in search of the latest dancing Elmo, trample their way to Best Buy in hopes of finding Wii Fit, and some may just resort to gift cards in the end. Those are always in supply.

If you were thinking about buying an iPod for your chosen loved one, you may want to act sooner rather than later. As it turns out, Apple may have some trouble keeping up with demand and, as a result, there could be a severe iPod shortage this month. Worse yet, this shortage not only affects the hot new iPod nano, because Apple may have trouble shipping out enough iPods across the entire range.

The shortage seems to have been sparked, in part, by the recent flux of Black Friday sales. Even though most retailers weren’t offering much in terms of iPod discounts, the little music and video players continued to fly off both the physical and virtual shelves. In fact, Amazon.com has pushed its lead times significantly. The 8GB iPod touch (2nd-gen) was previously available on a lead time of 11 days, but that has now been pushed to three to five weeks.

The lack of stock is not only affecting Amazon, of course, as major retailers like Best Buy, Target, and Wal-Mart are also reporting shortages of certain colors and capacities of the iPod touch, iPod nano, and even the iPod shuffle. Yes, they can’t even keep the shuffle in stock.