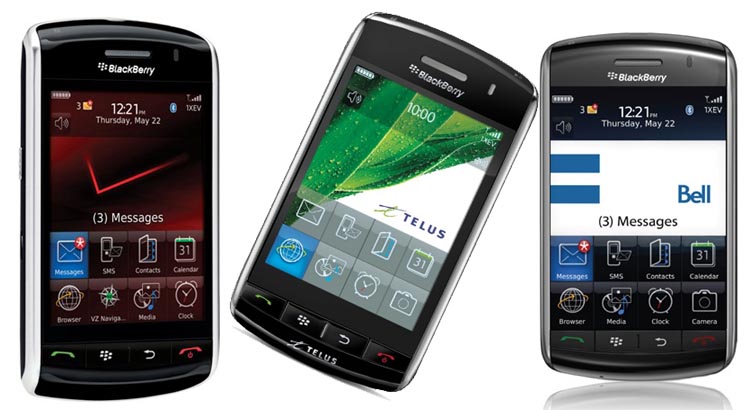 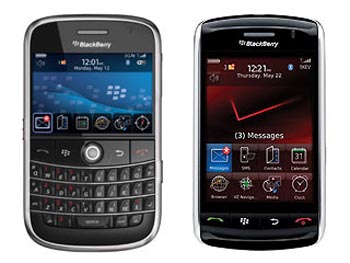 Ever since the first Apple iPhone was released more than a year ago, it seems like every cell phone equipped with a touchscreen is being touted as some sort of iPhone killer, even if it’s not going exactly the same demographic or the same segment of the market. It can be argued that devices like the Samsung Instinct and HTC Touch Diamond were in direct response to the iPhone, but what about the business side of things? That’s where we may be finding the first true so-called iPhone killer and the first one that just may be able to dethrone the iPhone from being the touchscreen mobile phone of choice.

Research in Motion has been kicking around the business and enterprise end of the marketplace for some time, but it has really started to push the BlackBerry brand into the hands of average consumers as well. The BlackBerry Pearl is catering specifically to non-corporate users and the BlackBerry 8220 Pearl Flip furthers this philosophy. That said, I’m not entirely sure what to make of the BlackBerry Storm and the marketplace may feel the same way. In this way, it is very much possible that the Storm will be a monumental failure for RIM in Canada.

No QWERTY Keyboard for Email Junkies

If you’re going to rely on your cell phone for a never-ending onslaught of email messages, you’re going to want a QWERTY keyboard. Some people may argue that they can be just as fast with the virtual keyboard on the iPhone, but I feel that most business users have grown far too accustomed to the full keyboard on most of the BlackBerry lineup and they’re not willing to give that up. That’s partly why some BlackBerry enthusiasts haven’t jumped to the iPhone, despite greater enterprise support from the latter with the arrival of the 3G.

This lack of a physical QWERTY keyboard is one of the biggest cons of touchscreen cell phones. Tapping your way through a virtual keyboard just doesn’t offer the same kind of tactile feedback as those little chicklet-style keys of a real ‘Berry QWERTY keyboard. In this way, I don’t think that RIM is going to attract any of the hardcore business users with the Storm. They’d rather get something like the Curve or the Bold.

Thus far, the BlackBerry Storm reviews have been mixed at best. While most people are pretty happy that Research in Motion has taken a bold new direction with the touchscreen-equipped Storm, it does fall short in several areas. For starters, the SurePress user interface has been called a “love it or hate it” affair. The hardware itself, while “very capable,” is not without its faults. People found problems with the lagging accelerometer, taking up to 10 seconds to orient itself.

The lack of a QWERTY keyboard may be a turnoff for business users, but the relative bulk of this phone will be a turnoff for the average consumer. It’s hard enough for people to give up something as small as a Motorola RAZR for something a little larger. They’re willing to accept the larger footprint of the iPhone, because it’s relatively thin. The Storm, by contrast, is a bit of a porker.

The average consumer will not want to put up with something as big as, say, an AT&T Tilt, so they may not be as interested in the relative bulk of the BlackBerry Storm. That’s where the Pearl line wins, because those smartphones aren’t much bigger than so-called “dumbphones.”

Too Expensive with Contract?

We’re still waiting on official announcements regarding the pricing of the BlackBerry Storm with Bell Mobility and Telus Mobility, but the rumors currently swirling around have it the $300 range with a three-year contract. Considering that people can easily hop over to Rogers to grab an 8GB iPhone 3G for $199 on a similar-lengthed contract, why would they be inclined to spend the extra hundred bucks on a Storm that doesn’t have the same multimedia functions and included memory?

Let’s not even get started on the straight-up purchase price, because very few people will want to fork out that kind of money to get the Storm out of contract. If they want a cheap BlackBerry, they can turn to any of the Pearls. If they want something more powerful (and with 3G), they can turn to the Bold for $199 (or less). The Storm is just too pricey for what it is… and we’re still not entirely sure what it is.

Is Research in Motion trying to sell the Storm to the enterprise market, the fashion-conscious business user, or the possible iPhone convert? At its core, RIM needs to figure this out before the first touchy-feely Berry can find some real success.