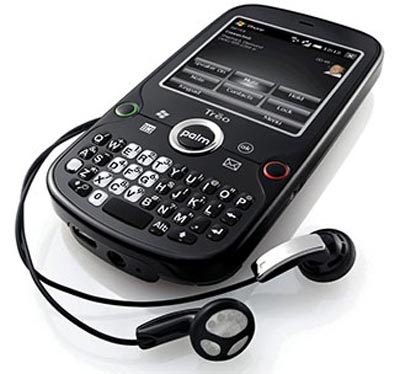 Go back about twenty years (has it already been that long?) and you’ll find that the only cell phone that was widely available to the public was the so-called Zack Morris. Made popular, in part, to Mark-Paul Gosselaar’s character on Saved by the Bell, this was pretty much the be-all and end-all of mobile phones. Somewhere along the line, Motorola introduced the first batch of flip phones, Nokia jumped in with some popular candybars, and other companies started to chime in with clamshells, sliders, swivelers, and QWERTY phones. Somewhere along the line, we got inundated with so many different kinds of phones and we had an increasingly difficult time choosing which one was the best to suit our needs. And then Apple came along and popularized the touchscreen with the iPhone.

Yes, this will largely be a matter of personal preference and there will be people who will still want the simplest of simple handsets, but a growing population are getting enamored with high-powered smartphones that can do more. Smartphones aren’t just for business types anymore and the manufacturers are recognizing this trend with more consumer-oriented smartphones. We’ve got models like the Samung Omnia, HTC Touch Pro, BlackBerry Pearl Flip… the list goes on and on.

With this in mind, what would be the ultimate form factor for the perfect consumer- (or business-) oriented smartphone? For me, I’m inclined to combine two of the growing trends in the marketplace today: the touchscreen and the QWERTY keyboard.

Yeah, I know what you’re saying. There are already smartphones out there that have both QWERTY keyboards and touchscreen displays, but many of these do not offer you easy access to both at the same time. Take something like the HTC Touch Pro, for example. While I love the touchscreen and the QWERTY keyboard appears to be quite good, you have to slide the phone open to access the keyboard. This can be quite the hassle when you want to quickly input a quick note or update a phone number. The T-Mobile G1 with Google Android is much the same way.

Following a similar line of thought, pure touchscreen phones typically have virtual on-screen QWERTY keyboards. From the Samsung Instinct to the BlackBerry Storm, they’ve got a virtual keyboard for your text-entry needs, but I find that using these keyboards for an extended period, like writing a long email or composing any kind of document, can be an exercise in frustration. A quick text message is fine, but anything longer and a physical keyboard is superior (for me).

Why Aren’t There More Phones Like the Treo Pro?

Although I’m quite accustomed to the smaller keyboards of BlackBerry-style smartphones like the Motorola Q9h and the Nokia E71, I think that I can get used to them if I were given the chance. In this way, I’m wondering why smartphone makers haven’t produced more phones that are similar in style as the Palm Treo Pro or the Samsung Epix.

I’m not saying that these phones in particular are fantastic, but they’ve got a great idea: a QWERTY keyboard and a touchscreen display. In this way, we know that it is perfectly possible to offer such a handset and I can see how they can be very popular among both enterprise and consumer-level markets. You get the versatility and utility of a touchscreen, but you also get the ease of text entry of a QWERTY keyboard. Depending on how things are laid out, you could probably get away with a bigger display to boot. 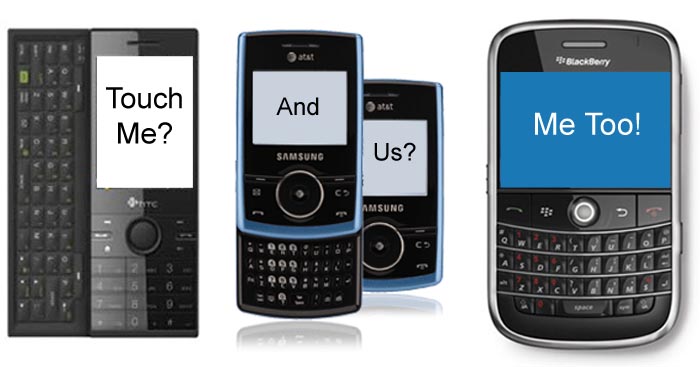 Perhaps better still, wouldn’t it be great if we got a phone like the HTC S740 (above, left) or the Nokia E75 where the display was replaced with a touchscreen? This would be particularly useful for consumers who don’t send as many emails, because you get a regular numeric keypad, a slide-out QWERTY keyboard when you need it, and a touchscreen. For me, a phone like that could prove to be the ultimate.

Not surprisingly, every form factor has its drawbacks and my idea of a QWERTY touchscreen phone is going to have its fallbacks as well. In order to accommodate a QWERTY keyboard below (as would be the case with a touchscreen-equipped BlackBerry Bold for example), you’d have a smaller display than something that has its front face completely occupied by a touchscreen (like the Samsung Omnia or Apple iPhone).

That’s why I’m more inclined to buy into a Nokia E75 with a touchscreen. The numeric keypad can be a little more squished to give more room for the screen. Further still, they can make these phones a lot more pocketable as well, as evidenced by phones like the HTC S730. Yes, you’d still have to slide-out the QWERTY, but at least you have the numeric pad there for easier number dialing. The touchscreen dialer isn’t exactly no-look-friendly.