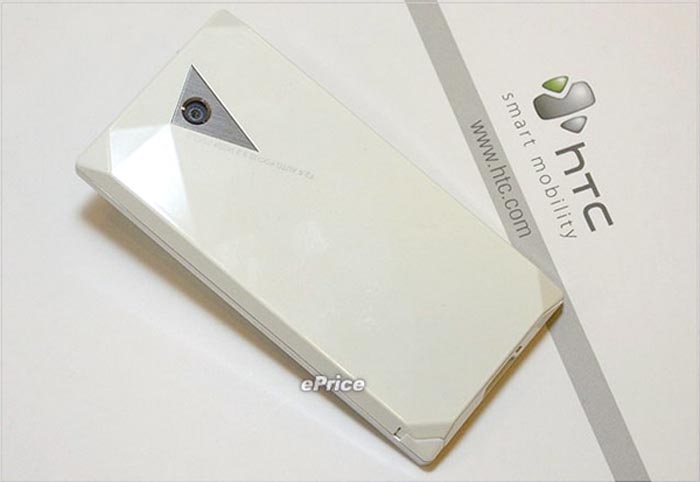 Although it’s clear that the HTC Touch Diamond hasn’t made as much of an impact on the industry as the iPhone 3G, the introduction of the TouchFLO 3D user interface for the Windows Mobile smartphone ushered in a whole new design era for the guys at HTC. It’s still a pretty great phone and it’ll be popular among Windows Mobile fans who appreciate its slick appearance.

Maybe you’re not a fan of the HTC Touch Diamond in black. Maybe you find that classic black to be a little too bland and so it may be more appropriate for you to consider the White Diamond instead. Rumors have been swirling about this new color for some time now, as well as other colors, but it’s nice to see a live shot of the frosty phone.

The HTC Touch Diamond in white showed up at a recent Chinese trade show, so the legitimacy of this version may be a little questionable. After all, China is home to a lot of knockoffs and clones, but this HTC looks pretty official. Until we see it in person, we can’t really say for sure.

As a refresher, the HTC Touch Diamond gets Windows Mobile 6.1, GPS, Wi-Fi, 3G, a 3.2 megapixel camera, and a 2.8-inch VGA touchscreen. The specs are identical on both the black and white models, aside from the color of the outer casing.

The white HTC Touch Diamond was put on promo in the Netherlands last month, so we’re keeping our fingers crossed that the snow white model will find its way to North America soon.