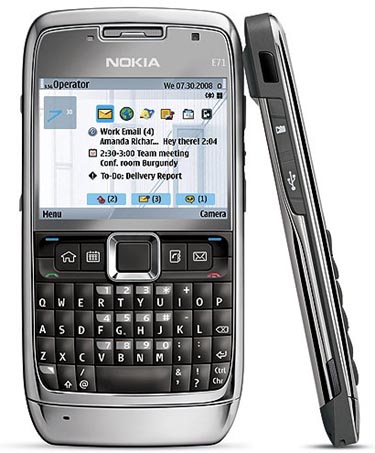 I’ve been in the market for a new cell phone for a little while now and one of the handsets that I’ve been considering is the Nokia E71. I haven’t lived with a Symbian phone before, but I really like some of the features found in this particular smartphone. As it turns out, I can nab this handset for a lot less money than once expected.

Although it hasn’t been posted to the official website just yet, it seems that the Nokia E71 smartphone is available now through Rogers Wireless for just $99. Not surprisingly, you’ll need to sign a new three-year service agreement with Rogers to take advantage of this significantly reduced price and you’ll need to subscribe to a voice-and-data plan of at least $45 a month.

When John from MobileSyrup first called into the Rogers customer service line, he was told that the phone would be $349.99 with a three-year plan, $374.99 on a two-year plan, and $524.99 on a one-year plan, but when he asked about a “promo” price, he was informed of the much more attractive $99 price tag. How did they manage to reduce the price by $250 by just asking about a promo?

If you’re not into contracts and would prefer to nab this Symbian smartphone outright, Rogers will happily sell it to you for $749.99. I don’t know about you, but if I was avoiding contracts, wouldn’t it make more sense to find the unlocked E71-2 NAM through a number of online retailers for about $500 instead?