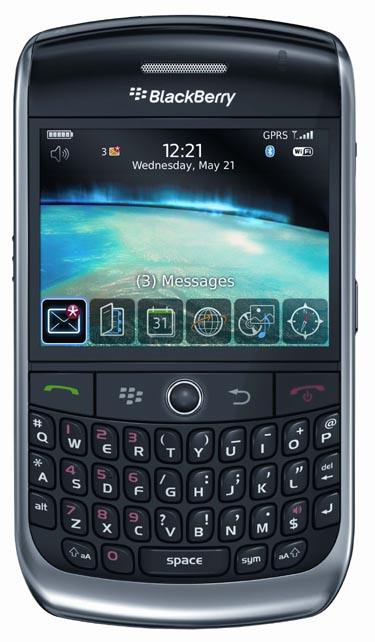 Not a fan of the BlackBerry Pearl Flip? Not digging the BlackBerry Bold? Rogers is pushing yet another phone from the Research in Motion collection and it is now ready to satiate your appetite for email on the go.

The BlackBerry Curve 8900, which was codenamed the BlackBerry Javelin for some time, has apparently arrived at Sales Central for Rogers Wireless so the Canadian GSM provider has initiated the process of filling the retail channels with this latest ‘berry. The best part, perhaps, is that the Curve 8900 brings the similar good looks that you find with the Bold, but without the bold price.

If you sign up for a qualifying three-year contract (voice and data) with Rogers Wireless, you’ll be able to pick up the BlackBerry Curve 8900 Javelin for just $179.99. You’ll also notice that this phone has been equipped with Wi-Fi and all the necessary configurations have been done to let you use the Curve 8900 for UMA service.

Opting out of the three-year contract for something shorter, you can expect to pay $499.99 with a two-year agreement or $549 on a month-to-month basis. No press release has been issued just yet, but the insider ninjas say that the Curve 8900 is ready to go. Too bad it doesn’t have 3G like the Bold.