Nokia is still sitting on top of the mobile phone game, despite being a little late to the party when it comes to certain innovations. For example, the Nokia “Tube” 5800 XpressMusic was only released recently, finally joining the big touchscreen game populated by devices like the iPhone, HTC Diamond, and Samsung Instinct.

Nokia is no stranger to QWERTY smartphones, but I believe the upcoming Nokia E75 is the first from the company to feature a sliding QWERTY keyboard. Much like the HTC S730, the Nokia E75 appears to make use of the most versatile mobile phone form factor.

While in its closed position, it looks like any other candybar with a color display and a standard numeric keypad. Slide the sucker open and turn it on its side, however, and you’ll discover a landscape-oriented display and a full QWERTY keyboard. This really is the best of both worlds, wouldn’t you say?

Well, the numeric keypad is a bit on the cramped side, but that’s a small price to pay for the relatively large 2.4-inch display. Not surprisingly, this reasonably slender smartphone comes powered by Symbian S60, just like most of the Nokia E-series smartphones. If you’re not digging the E71, you may prefer the styling of the E75.

The rest of the features are a little murky at this point, but we can quite plainly see a camera with flash on the back. The megapixel count and video capabilities remain to be seen. 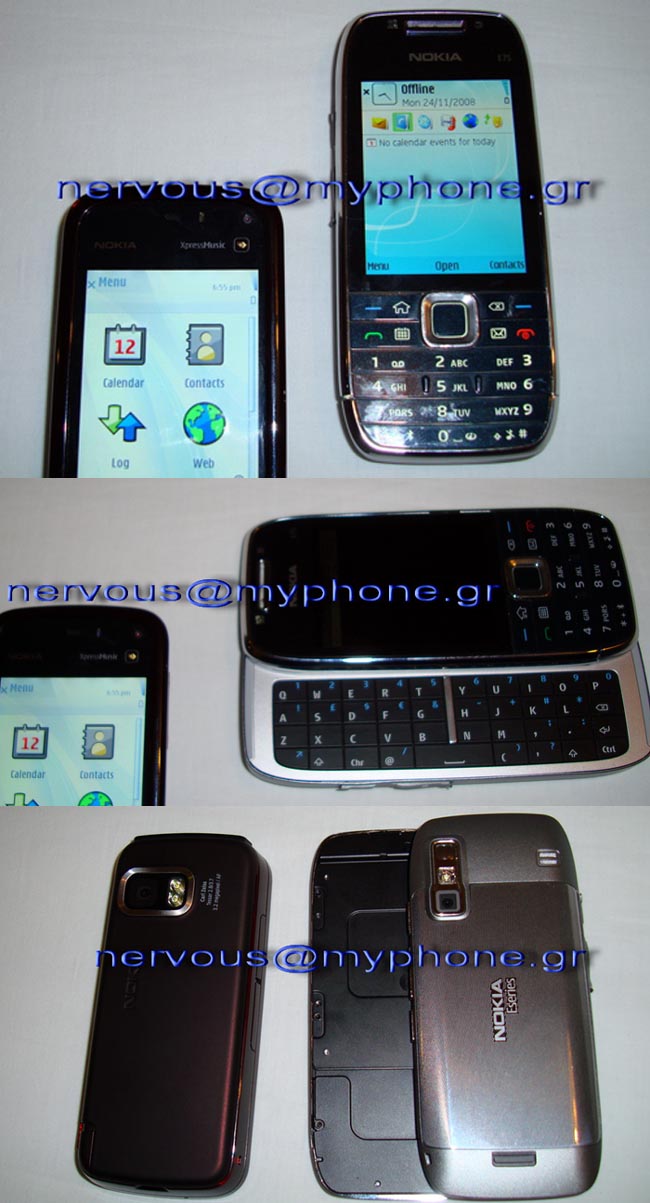