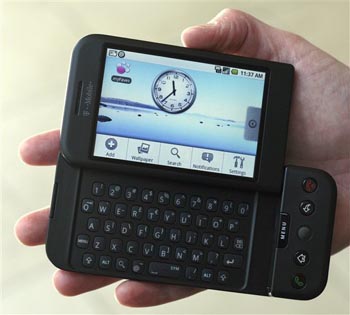 In the ongoing battle between the Apple iPhone and the T-Mobile G1 for smartphone supremacy, both camps keep touting the advantages that their respective handsets have over the competition.

As it turns out, the lack of multitouch on the T-Mobile G1 is not an issue with the hardware, but rather an issue with the software. And that issue has now been crudely overcome by developer RyeBrye. The functionality is still pretty raw at this moment, but as you can see through the embedded video below, multitouch is very much possible on the Google Android smartphone.

This is just a proof of concept, but showing that it is possible to do multitouch on the G1 opens up all sorts of possibilities for future Android development. I need not remind you that Google Android is an open platform, so the sky really is the limit for what developers can create for this phone.