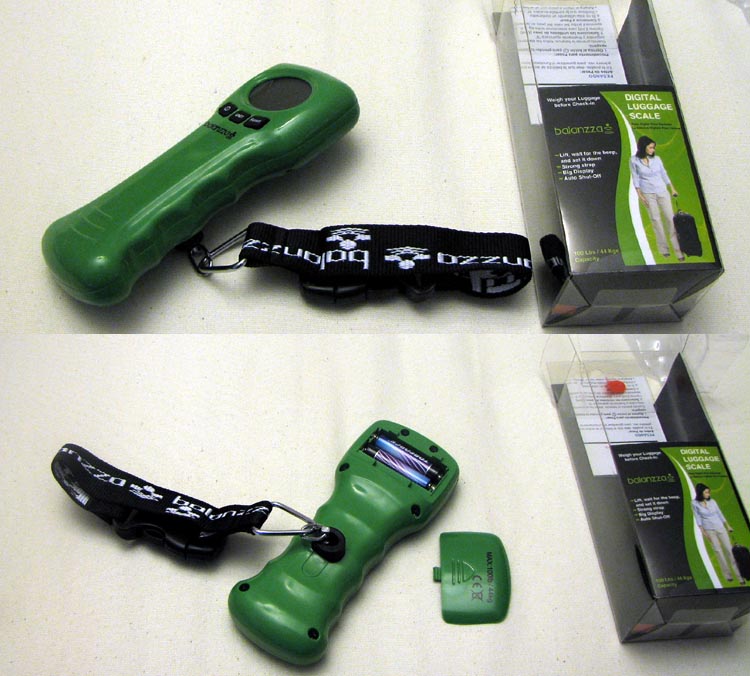 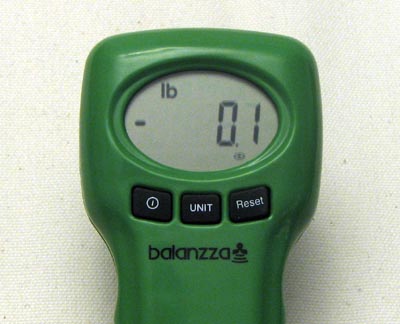 You may be getting ready to visit your relatives this holiday season and this could involve all the fun associated with flying through the airport. As you know, airlines have all kinds of restrictions as to what you can and cannot bring with you onto the plane, so it’s good to be aware of these restrictions before you hop in that cab to the airport.

Arriving at the check-in counter, you don’t want to be told by the airline representative that your luggage is overweight and you have to pay some rather nasty fees for that extra bulk. Cash is tight enough already. Forking out an extra hundred bucks because your luggage is too heavy just exacerbates the situation.

That’s why it’s a worthy investment to consider something like the New Balanzza Ergo. This is a digital luggage scale that will easily fit in any bag, giving you a a near-instant reading of just how heavy your bag happens to be.

The New Balanzza Ergo comes from the same people that brought you the first Balanzza Digital Luggage Scale, except this one has been redesigned to be more ergonomic (hence its name). The grooves in the handle make it a lot easier for you to pick up heavier weights.

The bold green paintjob is a little off-putting and I would have preferred some different color options, but you are buying something like the Balanzza Ergo for its functionality and not its aesthetics. The included strap is a little shorter than I expected, but you should have no trouble wrapping it around the handle on your luggage or day bag.

Unfortunately, the strap (at least I think it’s the strap) comes with a weird new product smell. It’s that weird blend of new plastic and new rubber, but I imagine that this odor will dissipate over time.

How to Use the Balanzza

After installing the included pair of AAA batteries, using the Balanzza Ergo is a remarkably straightforward process. You have a simple monochromatic display and a trio of buttons that’ll do everything you need it to do.

First, you’ll want to turn the thing on by hitting the power button on the far left. The middle button lets you swap between pounds and kilograms, and the right button resets the scale back to zero in case you happened to be pulling on the strap when you turned it on.

Next, you’ll want to unbuckle the strap and wrap it around whatever it is you want weighed. While the Balanzza Ergo is designed as a digital luggage scale, there is no reason why you can’t also use it for other purposes, like shipping boxes across the country. You’ll need to come up with some clever way to use the strap to pick up a large box, but the possibility is there.

After securing the strap, you simply lift the luggage (or whatever) using only the Balanzza and your luggage will tug on the strap accordingly. After determining an accurate weight reading, the Balanzza will beep and you can set your item down. Read the display and you know how much it weighs. Simple.

There’s not much that I can find at fault with the Balanzza Ergo. I like how the battery is replaceable and not a built-in thing, because it makes this a lot easier to swap when you run out of juice. The display is simple, but effective, as are the three buttons used as the interface.

It would have been nice to see this in a color other than bright green, especially if you’re a corporate type that needs a more conservative appearance for everything that you carry while traveling. The relatively short strap could be a pro or a con, depending on your perspective. The shorter strap makes this product more portable and less dangly, but it also means that it won’t wrap around larger items.

The Balanzza Ergo Digital Luggage Scale is not the sexiest product on the market, but it is a very useful gadget for travelers who tend to pack on a few more pounds (I’m talking luggage, not your waistline) during the holidays. It’s priced at an affordable $24.99 and is available now.