Some people may like the QWERTY keyboard offered by the Motorola Q9h, but they don’t like how it has a relatively large footprint. Motorola appears to be addressing this concern with the Motorola QA30, the company’s first QWERTY slider phone.

As you can see from the provided image, the phone takes on a slider form factor not unlike the MOTORIZR and those kinds of phones, but it appears to be a little chubbier. Well, the reason why it’s wider is that when you slide it open, you don’t reveal a numeric keypad; you reveal a full slate of QWERTY.

If you’re thinking that this design looks familiar, you’re probably thinking of the Samsung Propel from AT&T. The Propel is a GSM handset with a similar sliding QWERTY keyboard, but the MOTO QA30 is a CDMA device that could beheading to Alltel in the United States.

Another caveat is that unlike other phones in the Q-series, the QA30 is not a Windows Mobile smartphone. Maybe that’s why it is designated as a QA phone, possibly ushering in a new era of QWERTY “dumbphones” from Motorola. 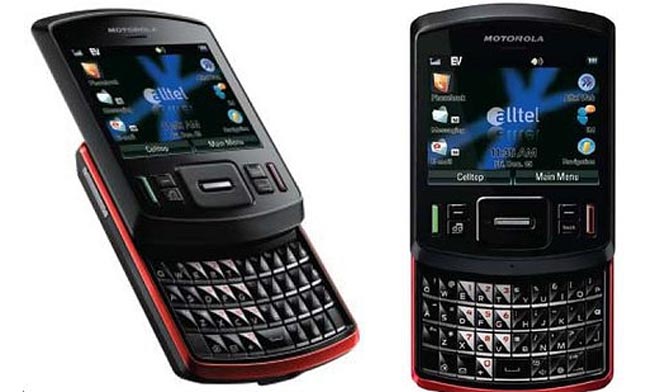