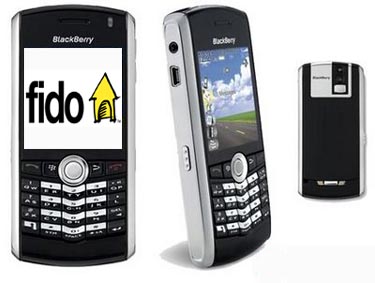 Rogers really needs to throw the dog a bone. As I’m sure you’ve noticed by now, Fido has undergone a significant repositioning in the Canadian cell phone market so that it can better compete against budget brands like Virgin Mobile and Koodo Mobile. As part of the repositioning, Fido got rid of the system access fee, gained some more affordable price plans, and did away with three-year contracts. These are all well and good, but there’s one major piece that’s still missing from the equation.

If Rogers Communications really wants Fido to be a real competitor in the Canadian cellular market, it needs to give real BlackBerry service to the old pooch. It was many moons ago that Fido gained BlackBerry Connect, offering it through such devices as the Nokia E61. It wasn’t the best device, but it allowed BlackBerry handhelds to work on the Fido network, taking full advantage of everything that BlackBerry devices are meant to do.

After Fido stopped selling devices that supported BlackBerry Connect, it continued to support the service for anyone who still had one of those phones. With the arrival of Windows Mobile devices earlier this year, the BlackBerry Connect service was kicked to the curb, much to the dismay of BlackBerry users among Fido’s subscribers.

With this repositioning and apparent phasing out of the failed Windows Mobile attempt, now is a great time to bring real BlackBerry support to Fido. And it seems that the execs at Fido agree, urging their Rogers overlords to bring the ‘Berry to the dog. What’s more, they want it in time for Christmas.

I have absolutely no expectations for the new Fido to ever get high-end BlackBerry devices like the Bold. That would be in stark contrast to the new low-cost philosophy of the company, but what’s stopping Fido from gaining some of the cheaper, more consumer-friendly devices being created by Research in Motion. Virgin Mobile does BlackBerry, but Koodo does not.

Based on the approach of the new branding and plans, it’s clear that Rogers is viewing Koodo is a bigger competitor to Fido than Virgin. In this way, gaining true BlackBerry support could be a huge boon, because people that may otherwise consider Koodo could jump to Fido instead. Let’s leave the corporate-supporting Bell, Rogers, and Telus out of the equation and stick to these budget brands. The BlackBerry approach with Fido would be distinctly different from Rogers. 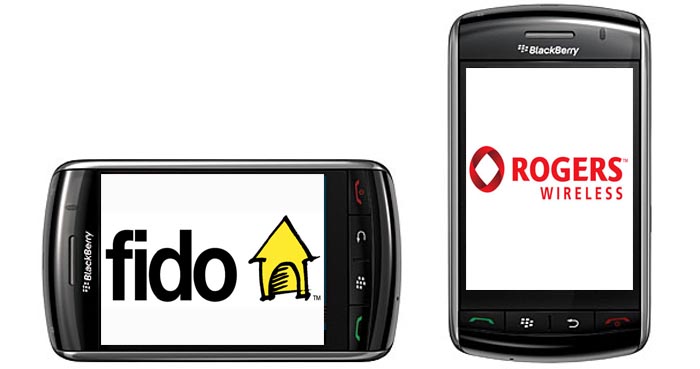 It would not be a good idea from a branding perspective to sell the Bold through Rogers, but a WiFi-enabled BlackBerry Pearl could be perfect, particularly if it is configured to work with the Fido UNO service. The infrastructure is already there with Rogers and TalkSpot, so it wouldn’t take much to shift that over to the dog house too. Moving forward, Fido could easily pick up something like the BlackBerry Pearl Flip 8220 as well, in addition to any other consumer-minded devices from the Pearl line. I’d like a QWERTY BlackBerry on Fido, but SureType’ll suffice.

The Storm may be a little too pricey for the new Fido, but one can hope. Even if Fido does not officially sell anything other than BlackBerry Pearls, enthusiasts can easily snatch up some unlocked BlackBerry devices elsewhere and stay subscribed to Fido. Without proper BB support, some subscribers could jump ship. Rogers hopes that if they want BlackBerry, they’d move to Rogers, but what’s preventing emigration to Bell or Telus. The answer? Not much.

Rogers, if you want your puppy to have a fighting chance, it’s time to feed him a BlackBerry. Dogs like berries too.