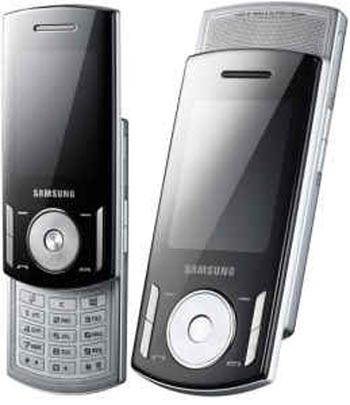 None of this has officially been confirmed by the people at Rogers Communications just yet, but there is word floating around that the Samsung SGH-F406 music phone could be making its way to both Rogers and Fido in time for the holidays. Yes, Christmas is just a month away, but they still have a window of opportunity to send this handset into stores.

You may have heard about this music phone being passed through the FCC in the United States already, so it’s not that far a stretch of the imagination to see it being launched in Canada as well. Clearly with a music-oriented slant, the Samsung SGH-F406 (which appears to the NAM Rogers variant of the F400) slides two ways.

It seems that the dual-slider form factor is quickly rising in popularity these days, with some companies opting to provide a set of dedicated media controls at the top. Samsung decided to go with a speaker instead. Other features include stereo Bluetooth, QVGA display, microSD expansion, 3MP camera, FM radio with RDS, and 3.5mm headphone jack.

I spotted this ad on Craigslist already selling the (BNIB) phone for $275, so I’d imagine the unsubsidized price from Rogers would be pretty similar. If the Samsung F406 does indeed go to Fido, I would think that the with-contract price would slide under $100.