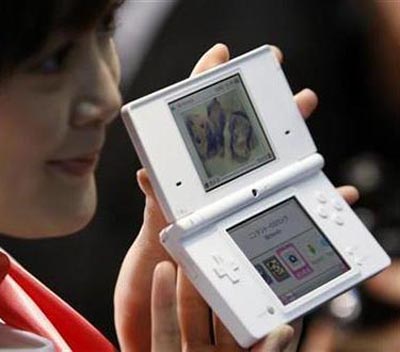 Seeing how Nintendo’s latest handheld is region-locked to Japan, I’ll need to wait for its North American launch just like anyone else on this side of the Pacific. No exact date has been announced by Miyamoto and the rest of the Nintendo crew just yet, but they did indicate that the new Nintendo DSi would be released in our part of the world some time next year.

Many of the details have already been announced surrounding the Nintendo DSi, seeing how it’s already available in Japan, but I still have several things on my wish list going forward. Some of these may be granted to me by Shigeru, Satoru, and Reggie, but I have a feeling that some of them are going to be left unanswered. Maybe when they’ll come into play with the Nintendo DSi II or something.

Sharing Nintendo Points with the Wii

The Nintendo DSi comes equipped with a similar functionality as the Nintendo Wii. Just as the Wii has access to the Wii Shop for Virtual Console and WiiWare titles, the DSi will have Wi-Fi access to DSiWare. That’s good news. The Nintendo DS (and DSi) is already equipped with Wi-Fi, so this is a natural progression for the game company. DLC is incredibly popular.

And then there’s the bad news. Even though they will operate in much the same way, the Nintendo DSi and the Nintendo Wii will function somewhat separately when it comes to their online shopping environments. You can go to the same physical store to buy Points cards and these cards can be used with either the Wii or the DSi, but as soon as they are loaded on your chosen console, the points cannot be transferred to the other console.

This is dumb. Nintendo Points, as they are now known, should be tossed into a common account. This way, if I own both systems, I can freely use the points in either the Wii Shop or the DSi Shop. To my knowledge, Microsoft Points can be used on the Xbox 360 or for the Zune. It’s a common account. Can Nintendo please do the same?

Just as you can make use of the Eye Toy in Little Big Planet on the PlayStation 3, I see no reason why games for the DSi can’t do something similar. You know how you use your Mii in Mario Kart Wii? Wouldn’t it be cool if you could use your actual photo in Mario Kart DSi? How about taking a picture of your classroom, office, or home and using it as a backdrop in Smash Bros. DSi?

The possibilities are literally endless, especially since there are two cameras. I’m not sure how good the video capability would be, but what if the outside camera could continually stream what it is seeing? This could make for some interesting scenarios during your daily commute on the subway. 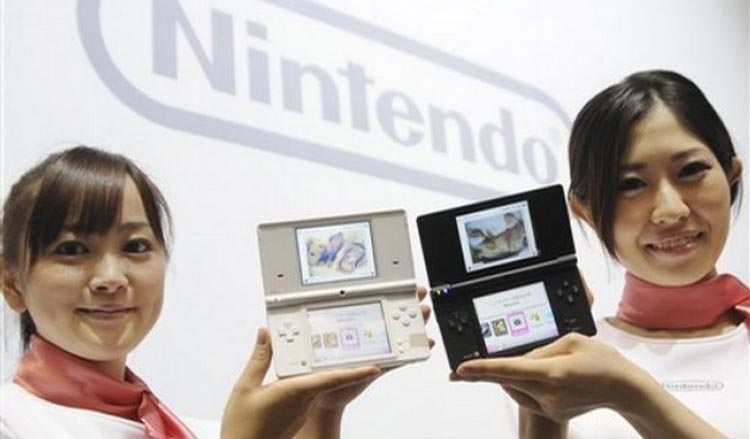 This is probably wishful thinking on my part, but seeing how the Nintendo DSi is meant to be a portable device and how wireless data is getting more pervasive than ever, we could consider 3G (or even 4G) connectivity in a future Nintendo handheld. It won’t happen with the DSi, unless the SD slot can be utilized for an AirCard somehow.

Even if we stick to just the Wi-Fi route, Nintendo can open the DSi up to a series of new channels, just as it did with the Wii. You’ve got the Weather channel and the News channel on the Wii, so it wouldn’t be that much of a stretch to see something similar on the DSi.

It’s clear that Nintendo is taking the DSi beyond just gaming — it’s got cameras, a music player, photo editor, and more — so more applications are just a natural progression of this newfound philosophy. Fun, simple, and useful.

Here’s an easy one and it’s one that’s probably very likely. With the arrival of DSiWare, the Nintendo DSi is effectively open to a Virtual Console of its own. Enjoying classic NES and SNES titles on your Wii is one thing, but wouldn’t it be so awesome to have these as portable entities as well. With online play to boot?

We saw a version of Dr. Mario and a version of Tetris released as WiiWare, so let’s do the same for the DSi. Going further, they could even add online play to a portable Street Fighter or Mortal Kombat title. I love my fighting games and a portable online option on the DSi would be ecstasy. I’m just not sure if the DSi would be able to handle it. One can hope.