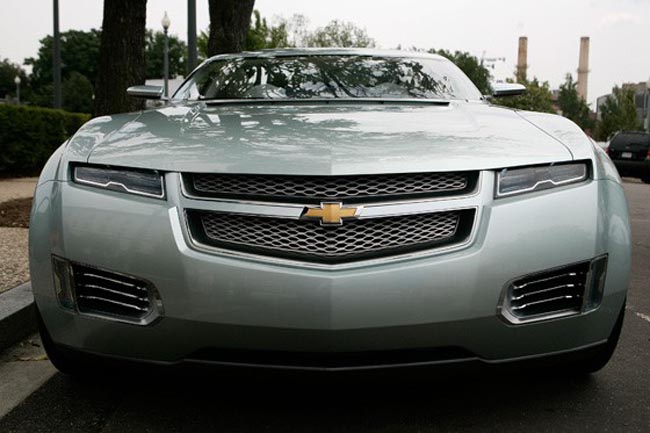 After than $700 billion bailout got approved to get the banks out of trouble, the automotive industry turned to the American government as well for a cash infusion. That process is still underway and we’re not exactly sure if the crew, soon to be led by Barack Obama, will send any cash to Detroit.

This may not bode well for the big three American automakers, but what does this mean for the automotive industry as a whole? More specifically, we’ve been looking forward to electric cars like the Chevy Volt, but will General Motors axe the project to try and stay afloat? Worse yet, if General Motors goes under completely, will anyone pick up the pieces and bring a version of the Volt to market?

Some industry pundits are saying that the big three are pretty much “screwed” if they don’t get the bailout from the government. They don’t have the extra money to blow on just about anything and with the current financial crisis, banks aren’t exactly quick to loan out the money either. Further still, the general public doesn’t have nearly as much disposable income as before, so they’re probably not buying that many cars either.

It also doesn’t help matters in Detroit when you’ve got guys like Honda, Nissan, and Toyota moving on up with their smaller, more fuel-efficient vehicles. More people are turning to the Toyota Yaris and Honda Fit than they are to something like the Chevy Aveo or Pontiac G5. Detroit’s been largely focused on trucks and SUVs for many years and market conditions aren’t good for that segment right now.

General Motors is placing a lot of its eggs in hopes that the electric Volt will be a success, but if they don’t get the cash from Washington, the Volt project may very well be abandoned or, at the very least, delayed.