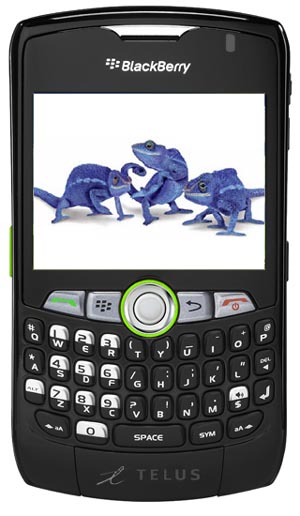 When Telus snatched up Clearnet many years ago, it also adopted its Mike iDEN-baed PTT network. Even though I don’t see nearly as many people using push-to-talk these days compared to the past, they still serve a critical role with various business applications, particularly in security and site management.

It’s been a long time coming, but now we’re hearing that Telus will finally be grabbing an iDEN-equipped BlackBerry Curve some time soon so that it can work with the Mike PTT network. The BlackBerry 8350i can already be found south of the border with Sprint-Nextel, as well as with some carriers in Latin America, but it has yet to make the trip to Canada.

As can be expected with most iDEN devices, the PTT BlackBerry Curve 8350i will have a more rugged and durable exterior compared to other BlackBerry devices. After all, iDEN is usually used in industrial situations or other environments where physical damage is more likely. You wouldn’t want your BlackBerry crushed on the work site.

Aside from iDEN-powered push-to-talk, the BlackBerry Curve 8350i also does the usual BlackBerry stuff, including Wi-Fi and GPS. There’s no word on when Telus will launch this phone, but the current rumors are leading us toward a more imminent launch.