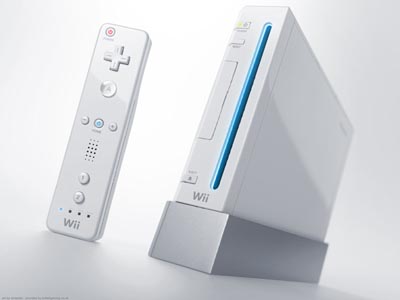 Yes, it’s that time of year again. You may have already sat through the Santa Claus parade in your town or maybe you spotted the fat guy in his red suit at the mall. Who knows? Maybe you already have your tree decorated and erected in the living room. The holidays are upon us and, because of the economic downturns, retailers are working extra hard to squeeze that money out of your wallet.

In deciding what to buy for little Timmy or your significant other, Buy.com has compiled its list of the top ten holiday gift picks for 2008. Not surprisingly, the vast majority of the list is leaning toward the technological side of things, because being a gadget geek is about as mainstream as ever. Interestingly, while most of the items on the list were introduced this year, the number one item was actually introduced two years ago!

Sitting on top is none other than the Nintendo Wii, a motion-sensing video game console that has toddlers and soccer moms alike swinging controllers in every which direction. You may have seen the recent commercials for Animal Crossing: City Folk, once again approaching the stay-at-home mom demographic.

How does the rest of this top 10 list from Buy.com round out? Let’s see.

Am I the only one who thinks it’s a little strange that the Panasonic Blu-ray player made the list? If I wanted a new Blu-ray player, I’d be more inclined to buy a PlayStation 3 so that I’d get a “bonus” gaming machine to boot. Then again, I’m already a gamer, so maybe my perspective is a little skewed.