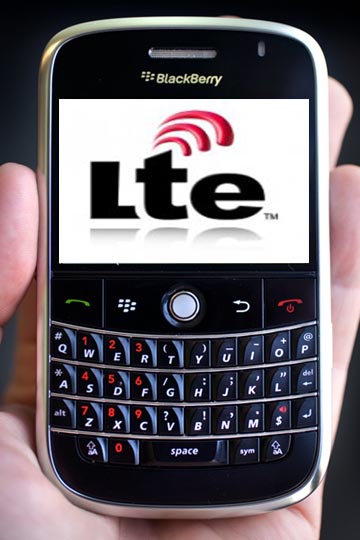 Some people are saying that if AT&T didn’t push Research in Motion to create an HSDPA-equipped BlackBerry that the Bold may not have ever come into existence. Well, it seems that while RIM wasn’t quite as motivated to do HSDPA on its own, it very much wants to create a BlackBerry that takes advantage of LTE technology.

As you may already know, LTE (Long Term Evolution) is the 4G technology that is set to overtake the likes of standards like EVDO and HSPA. More specifically, we hear that wireless carriers like Telus are fully on board with LTE technology, whenever it happens to launch into the market. LTE can rock data downlink speeds as high as 300 Mbps. Contrast that to the 7.2Mbps maximum speed of HSDPA.

Research in Motion, makers of the BlackBerry line of smartphones, apparently wants to jump run into the 4G foray the moment that 4G networks become commercially available for public use. This is great news, because it took quite some time for RIM to join the 3G party, especially when compared to some of the other major handset manufacturers around the world.

Before you get a little too excited, you should know that the first LTE networks won’t be launching until some time in 2010, so RIM’s got some time to develop just the right BlackBerry to take advantage of the higher speeds.