Many people out there, myself included, are getting pretty excited about the Sony Ericsson Xperia X1. Unfortunately, the $800 price tag is a little out of reach. In hopes of attracting this target demographic, it seems that Sony Ericsson is indeed working on a cheaper version of the Xperia X1.

Some people may say that such a handset is simply a poor man’s X1, but I think we’d all agree that there is a definite market for a mid-range Windows Mobile smartphone. If Sony Ericsson wants to better compete with cheaper smartphones, like the HTC Touch Diamond or Palm Treo Pro, then it’ll need to make a more affordable version of the X1.

Pictured here is a concept of what a “mid-end” Xperia could look like. This is, by no means, an official concept from Sony Ericsson, instead getting designed by a fanboy who calls himself Razec. As you can imagine, the mid-range model would have a smaller display and a slimmed down feature set. It’d probably have a lesser camera, for example.

The codename being bandied around for the more affordable Sony Ericsson Xperia smartphone is Sora. While some variation of this concept phone could eventually make its way into the marketplace, we’re still sitting around collecting enough money (and impetus) to splurge on an $800 Xperia X1. 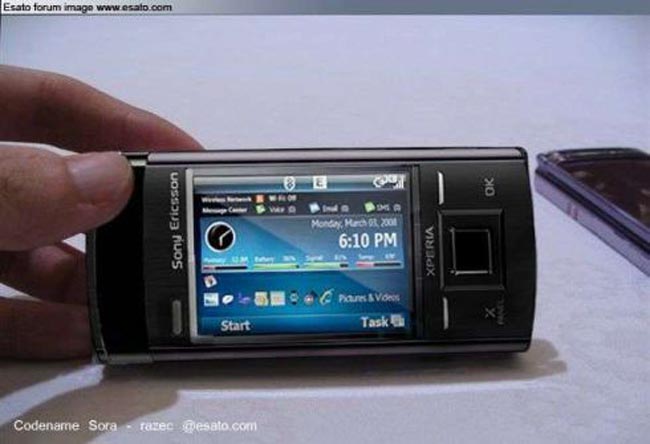