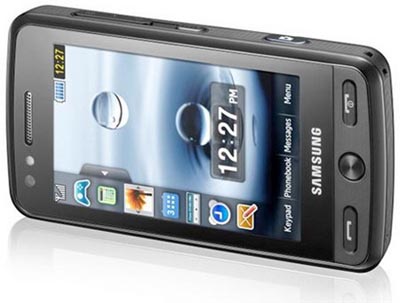 The Samsung Pixon is yet another in a continuing line of touchscreen phones, taking on an appearance similar to the Samsung Omnia. Well, it looks like the Pixon is going to T-Mo and it’s picking up a new name along the way. Rather than keeping the Pixon moniker, the T-Mobile version of the phone will be sold as the T-Mobile T929 Leica.

Yes, Leica. That’s because this phone doesn’t rely heavily on smartphone features or cool applications, per se, but rather on its giant display and terrific camera. The Sony Ericsson C905 is not the only 8-megapixel camera on the block, because the Samsung T929 Leica is rocking an 8MP shooter as well.

To keep up with the wireless data game, the Samsung Pixon is also equipped with 3G that’ll be more than happy to enjoy T-Mobile’s fancy new network. Nothing has been confirmed just yet, but there’s a good chance that T-Mobile will be selling the Samsung T929 Leica soon. At least, that’s what the shutterbugs are hoping.