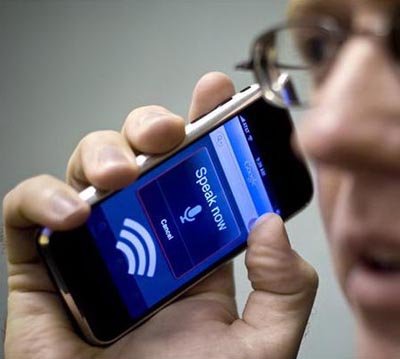 Who has the time and energy to actually type things into their phones anymore? Google understands and that’s why the search engine has you covered with new voice-based functionality for the Apple iPhone 3G.

Instead of launching your chosen application, hovering over to Google, typing in your search query via the on-screen keyboard and waiting for the results to display, you can simply ask your iPhone a question like how you would ask an actual person. No, this is not the second coming of Ask Jeeves, because it could actually be a lot better.

Google says that it is working on an updated version of its Google Mobile App for the iPhone that would allow for searching by voice. This updated application, better yet, could be available as a free download through the App Store as early as later today. Or maybe next week. The report says “Friday”, so take that for what it is.

Using this new Google Mobile app, an iPhone owner needs to simply activate the microphone and speak directly into the iPhone. You could, for example, ask a question like, “Where is the closest Best Buy location?” The integrated voice recognition software would then try to figure out what you said, feed the resulting text into the Google search engine, and spit out the results in a reasonably timely and seamless fashion.

As with most speech recognition doo-dahs, the voice-based Google search on the iPhone is, according to the New York Times, “far from perfect and it can return queries that appear as gibberish.”