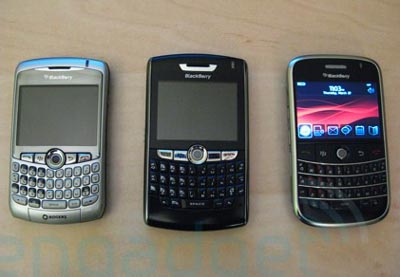 When Research in Motion first introduced the BlackBerry, it was very much a niche device. It was completely dedicated to the ability for corporate users to access their email inboxes while on the road. As the years went by, new BlackBerry devices entered the market, offering greater and greater functionality.

Even so, it wasn’t until very recently that RIM even made an effort to market the BlackBerry to a non-business professional. These days, while guys wearing suits and working out of cubicles are still the primary demographic for BlackBerry devices, RIM is working a lot harder at capturing the general populace as well. Is this a good move or a bad one?

Starting with the BlackBerry Pearl

The first and possibly biggest step that Research in Motion took toward capturing the interest of non-enterprise users was the introduction of the BlackBerry Pearl. This is a much smaller phone than most conventional BlackBerry devices and this is because of the “innovative” SureType keyboard that replaced the full QWERTY keyboard.

Because two letters are mapped to each key, hardcore email enthusiasts may find its performance to be a little lacking. Those who don’t send as many emails, but appreciate the value of QWERTY may find that SureType is a healthy compromise. The Pearl line is definitely more compact and more pocket-friendly than something like the Curve series.

It was also alongside the launch of the Pearl that we started to see BlackBerry phones with more than just email functionality. They started to gain cameras and integrated MP3 players too. Neither one of these really cater to the corporate market. In fact, there are certain companies and industries where camera phones are expressly forbidden.

By and large, I think we’d all agree that the Pearl has been a winner for Research in Motion, but it hasn’t been enough to become a true contender in the consumer market next to more affordable and simpler phones from Nokia, Motorola, Sony Ericsson, and so on.

In an effort to further captivate the interest of the masses, Research in Motion has recently diversified its portfolio even further. I’m sure you already know about the BlackBerry Pearl 8220 Flip (previously known as the KickStart), which is the first BlackBerry to come in a clamshell form factor.

It’s been shown time and time again that the North American public has a preference for flip phones (can we blame Motorola and the RAZR for that?), so RIM recognized that it needed a clamshell to compete in that market. In the future, it probably won’t be too surprising to find other form factors as well, like the slider.

In fact, RIM is partly competing against the iPhone by releasing its first touchscreen BlackBerry, the BlackBerry Storm. By most accounts, the Storm is a consumer-minded device, because most corporate users still prefer a physical QWERTY keyboard.

Dilluting a Brand or Gaining an Audience?

As much as Research in Motion is trying to expand its BlackBerry brand so that it better appeals to the masses, I think the general impression of BlackBerry is that the phone is still mostly for a business user and it’s unlikely that someone would directly compare the BlackBerry Pearl Flip with some entry-level Sony Ericsson flip phone.

At the same time, by pursuing the general public, RIM is running the risk of alienating its traditional enterprise customers. You don’t feel all high and corporate with your Curve when your 13-year-old daughter happens to bandy around with a Pearl, I’d imagine.

In this way, I almost feel that Research in Motion may have been better off creating a sister brand that targeted the consumer market, leaving BlackBerry as an exclusive enterprise/corporate-minded moniker. Sure, you could say that RIM is doing that by calling (almost) all of its consumer phones a Pearl (like the Pearl Flip), but I’m not sure if that is enough to differentiate the lines.