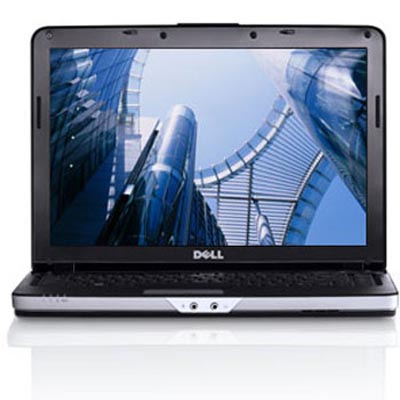 This could be a sign of the times. Everyone seems to be tightening their budgets these days, so we simply do not have the same level of disposable income as we once had. We still want new toys, but we don’t to break the bank to do it.

Dell seems to understand the recent economic situation, because the new Dell Vostro A860 laptop is remarkably inexpensive while still offering a great 16:9 aspect widescreen display. This is no netbook in stature, because the aforementioned display measures an unconventional 15.6-inches across the diagonal. The 16:9 aspect makes this business notebook great for multimedia applications and movie watching.

In order to keep the price as low as possible, Dell had to skimp on the features somewhat. Instead of going with a higher-end processor, the Vostro A860 is only powered by a 2.13GHz Celeron M chip. Other specs include a mere 1GB of memory, 120GB HDD, and DVD/CD-RW combo drive. That’s for the base $379 (with discount) configuration. I don’t know about you, but a sub-$400 laptop sounds really cheap!

Other pre-built configurations can step up the specs closer to your liking, including options for Pentium Dual Core and Core 2 Duo processors, doubling the RAM, larger hard drives, and a real DVD burner. Seeing how you’re getting fairly limited RAM in this unit, I’d suggest you opt for Windows XP rather than opting for Vista as your OS.

The Dell Vostro A860 notebook is available as of right now in the United States.