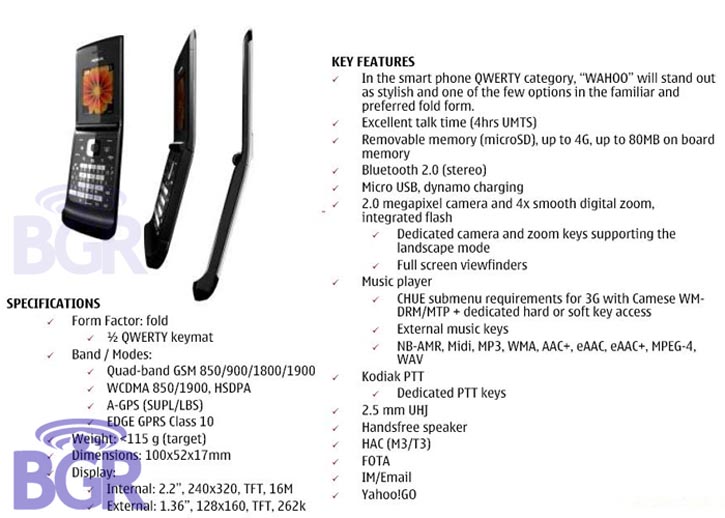 Some people may think that the RAZR is dead, but that didn’t stop Nokia from biting its style for a new slim flip phone called the Nokia Wahoo. Not to be confused with a certain search engine with a very similar name, the Nokia Wahoo is a skinny clamshell that borrows much of its styling inspiration from the Motorola RAZR. Not that anyone at Nokia would own up to that, of course.

The biggest difference between the Nokia Wahoo and the Motorola RAZR line is that the former comes with a SureType-style keyboard rather than the standard numeric keypad that you find on the RAZR. Presumably, this makes it easier to send text messages and that kind of thing. Nokia isn’t the first to offer a phone like this, because the Samsung Cleo is similar (but it’s got full QWERTY instead).

Current word has it that the Nokia Wahoo will launch with AT&T, given the nature of the 850/1900 UMTS radio. I’m not sure if the Wahoo will be a smartphone in the traditional sense, but it could bea good competitor for the BlackBerry Pearl Flip.