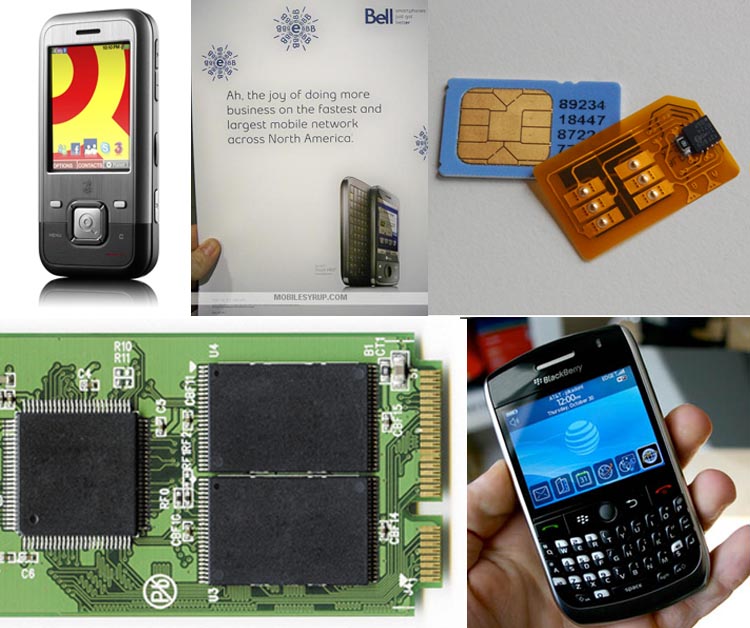 Trying to keep up with the latest in the world of mobile technology? You’ve come to the right place. Here are some of the top stories of the day and it includes our good friends at Blendtec back to their crazy ways to boot!

Hooking up on Facebook and MySpace isn’t just for your computer anymore, because the INQ1 is “the world’s most advanced social networking phone.” A whole whack of features have been integrated in this handset, include Facebook photos for caller ID and Skype contacts in your address book.

I think it’s great how Canada’s CDMA providers are offering all sorts of wonderful HTC goodness these days. The HTC Touch Pro ad for Bell has now been leaked, indicating that the $239.95 (with contract) smartphone will be launching very soon.

International travel just got a little easier, because the GeoSIM SIM PIG unlocks any GSM phone without any hardware or software modification. The chip is like a SIM and it bypasses the network lock on mobile phones.

Flash memory is supposed to be faster and more energy-efficient, but it typically doesn’t offer the same kind of capacity as spinning platters. If you’ve got an Eee and didn’t go for the hard drive, you’ll be glad to hear that you can upgrade your Eee PC memory with either the 32GB ($114) or 64GB ($294) SSD module from Green House in Japan.

The BlackBerry Bold is pretty sweet, but the BlackBerry Curve 8900 might be a little more affordable. The updated Curve has been seen bandying around in the United States, jumping through the FCC hoops. Neither T-Mobile nor AT&T have formally announced its release, so it could go either way.

Tom Dickson of Blendtec is back to his crazy ways, this time taking his powerful blender to a Tom Tom portable GPS unit. The age old question of whether it will blend is answered in the video below.