Even though it’s Remembrance Day here in Canada and Veterans Day in the the United States, the world of mobile technology is still chugging along with plenty of new goodies for us to consider. After you’ve taken your moment of silence to remember those who sacrificed for their countries, take a gander at what’s happening in the gadget globe.

If you’re looking to share your video content but don’t want to lug around a giant HDTV to do it, then you’ll be happy to hear that the Optoma Picoprojector is going on sale next month for $500. This pocket-sized DLP projector offers a 480×320 resolution and a 60-inch image. Look for it in Japan’s Apple Stores.

You know how Target is transforming its gift cards into digital cameras for the holidays? Best Buy is following suit by offering audio speaker-equipped gift cards. Instead of just holding some value in the store, the gift cards actually come with a tiny speaker and a 3.5mm audio jack. Weird, but useful? Maybe?

The iPod shuffle is not the only MP3 player out there with a clip. The appropriately named SanDisk Sansa Clip also comes with a way to attach itself to your clothing and SanDisk recently bumped its maximum capacity up to eight gigabytes. That’s plenty of music for such a small player and it’s only $99.

I really like the HTC Touch Pro, but I’m not about to spend laptop-like money on a smartphone. Thankfully for Americans, AT&T has launched the Fuze smartphone, which is basically its take on the HTC Touch Pro. Instead of, like, $1000 for an unlocked Pro, you can get the Fuze for $299.99 with a two-year contract.

Notebook computers are meant to be portable, so extending their battery lives is of utmost importance. It sucks being tethered to a wall all the time. Well, researchers at Hanyang University in Korea have developed a way to extend the battery life on notebooks eight-fold. A six hour battery becomes a 48 hour one. Crazy.

That Korean battery technology has just been developed, so it might be a while before it is implemented in a commercially-available laptop. In the meantime, you can consider something like the QuickerTek external battery charger for the MacBook. The $450 block must be accompanied by a $100 modified power brick to work. Alternatively, you can send in your power brick to have it modified for $25. 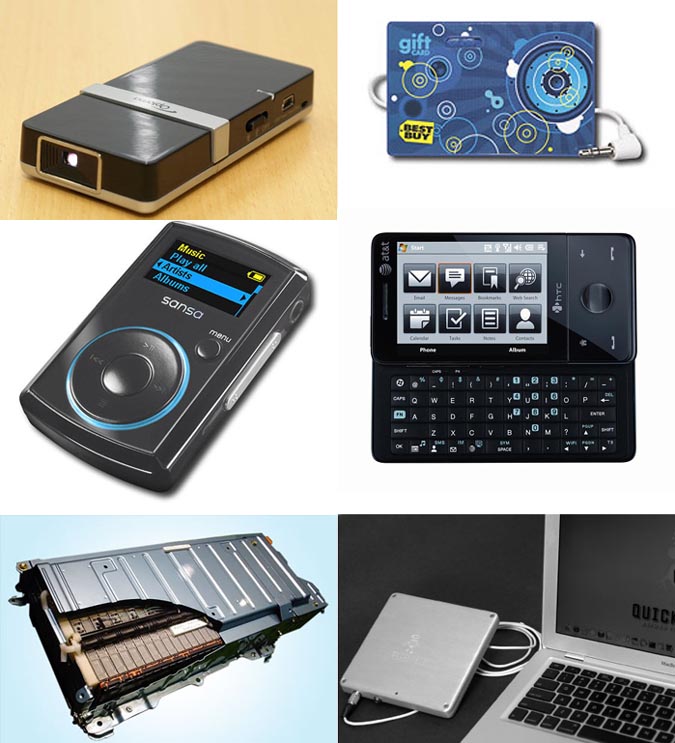